Our Men Were Out to Kill 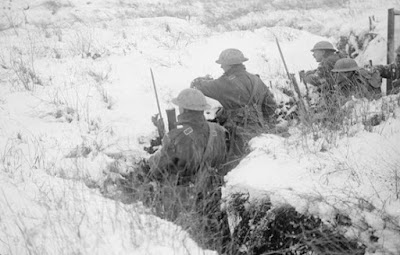 Shortly after sunrise on the 19th of February, 1917, a small raiding party from the 78th (Winnipeg Grenadiers) Battalion stormed the enemy’s front line trench directly opposite the battalion’s position. 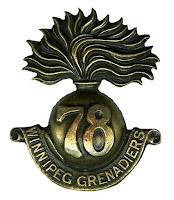 Eighty men under four officers had been divided into four groups tasked to either block off and isolate the raid area or to seek out mine shafts and dugouts for destruction.  The enemy would be taken prisoner whenever possible.  Regardless of completion, the raid was not to spend more than ten minutes in the German line.  The war diary notes that many dugouts were bombed, one of which “apparently being a loaded mine shaft as resulting explosion was much greater than that would be caused by a mobile charge.”[2] This resulted in a crater eighty feet in diameter and twenty-five feet deep, the displaced earth burying Sergeant Lloyd beyond recovery.  Three prisoners were quickly hustled back to Canadian lines, the brief raid forming up to be a great success despite the loss of Sgt. Lloyd.

Upon the signal to withdraw, the party being led by Lieutenant Wilfred Derbyshire, exfiltrating via a sap leading to a feature known as “Kennedy Crater” “met stubborn resistance from a body of HUNS.”[3]  Lt. Derbyshire’s men had no choice but to fight their way through, most of the party becoming casualties in the scrap.  “In this engagement, the work of Lieut. Derbyshire, Pte. Fulton and Pte. H A Andrew was particularly meritorious.”[4]  All three returned to No man’s Land in an attempt to fetch back the wounded left on the field.  In this they succeeded- none who could be saved were left behind, although in the effort, Fulton himself was severely wounded and Andrew killed*.

This brief, but intense encounter at Kennedy Crater resulted in the majority of the casualties sustained by the entire raid, a total of nine killed and fifteen wounded.  It was sufficient to get the Grenadier’s blood up.  Such that, when the 38th (Ottawa) Battalion, in trenches to the right of the 78th, proposed a similar raid, the Winnipeg Grenadiers decided to have a go directly against Kennedy Crater.  The war diary conceals nothing of what this attempt was to be: “Arrangements being made to launch a second attack on KENNEDY CRATER and endeavor to avenge the losses of the previous raid and to obtain the bodies of the men who had fallen.”[5] 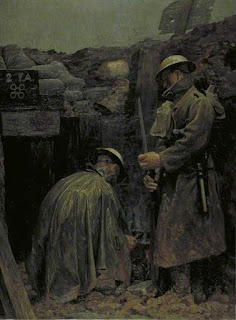 Orders called for the 38th “To enter (the enemy’s) trenches at dusk in five or six parties totalling about 90 officers and other ranks, clear his trenches and return after remaining for ten minutes.”[6]  In this, the Ottawa Battalion’s raid was decidedly similar to that of the 78th’s prior enterprise.  Smashing through the German front lines in such a way might prove distraction enough for the Winnipeg effort- a much smaller force, less than thirty men, whose sole purpose would be to cut off all access to the crater and the sap which led from it back to German trenches.  Ostensibly, the instructions indicated they were to “capture the sentry post,”[7] however, no such intention remained among men who had been so roughly handled by the same enemy troops in the days before:  “Our men were out to kill BOSCHE.”

Timing set for dusk with the advantage of a damp, misty day was expected to help conceal the approach to German lines.  Despite this, the men of the 38th “were quite visible to the enemy directly they emerged…all are of the opinion that the enemy was thoroughly prepared for the Raids.”[8]

No-man’s Land was heavily broken and churned; the difficult ground facing the 38th delaying their advance.  In the centre of the five parties, No.’s  2 and 3 “immediately encountered heavy fire from three Machine guns…and rifle fire from a party of between 25-30 Huns.”  Preliminary work by the artillery had not been effective here.  Lieutenant Ketcheson, O.C. No. 2 Party was slightly wounded but carried on forward.  Trying to move ahead, even at a crawl was proving difficult.  Lt. Ketcheson and his counterpart with No. 3 Party, Lt. Stott “decided to rush the objective.  Lieut. Ketcheson was again wounded, this time severely; several other casualties occurring.”  Parties 2 and 3 reached a point five yards from the enemy trench, where “an active bombing fight ensued, resulting in a considerable number of enemy casualties.”  During the exchange of grenades, Lt. Stott and some of his men gained lodgement in the enemy trench which “at point of entry was almost waist deep in mud and water.”[9]  Before much else could be done, time had lapsed and the men were required to withdraw. 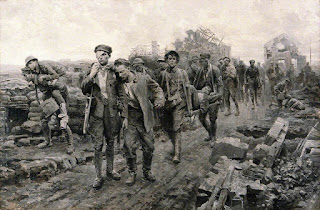 The other parties of the 38th also met determined resistance, but all managed to breach the German line in hard fights punctuated by liberal use of grenades and mobile charges. Two men, Pte.’s Labelle and Lalonde of No.’s 4 and 5 Parties , respectively, would be decorated for picking up enemy bombs which had landed nearby and throwing them back- in both cases killing several Germans.

At the end of the ten minutes allotted, all involved returned to their rally points, having accounted for “thirty-three dead Huns…six dugouts were bombed, estimated that the enemy sustained at least forty other casualties,”[10] in exchange for four killed and 27 wounded. 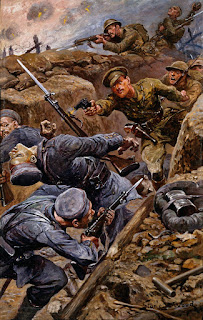 Meanwhile, the retaliatory effort of the 78th Battalion against Kennedy Crater was in full swing.  The main body, Party ‘B’ of twenty men under Lt. Symonds, divided into three squads upon entering the front line trench.  “One squad, after considerable opposition, established a block,” at the point of entry, “another blocked FLT to the South,” the remaining squad, exactly as detailed beforehand, proceeded north along the trench towards the sap out to Kennedy Crater.  Here, again “a sharp fight ensued and a large number of casualties were caused to the Bosche.”[11]  Some enemy troops attempted to gain refuge in two dugouts.  Both were demolished with mobile charges.

Major Thornton and seven other men making up Party ‘A’ were holding the crater for Party ‘B’ to withdraw through.  They had also employed two mobile charges with great effect.  Everything had gone to tick, “the rear covering party were forced to bomb the F.L. Trench continuously to cover the withdrawal.”[12]  At the expense of eight men wounded “Not serious”[13] the Grenadiers had reaped a revenge of almost fifty enemy casualties.  Most importantly, “one of the bodies of the Battn’s casualties in the previous raid…was brought back.”[14]  It would remain, unfortunately that only three of the nine dead of the 19th February were recovered.  The remaining six are named on the Vimy Memorial to the Missing.[15]

The raid, for its violent purpose, “could not have gone better and a great number of the enemy were killed.”[16] 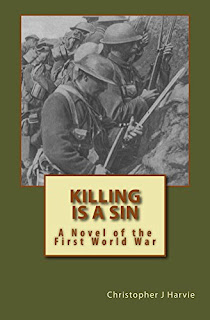