Lest We Forget (but only if we're remembering correctly)

We find ourselves now at a point of a matter of days from the centenary of the start of the First World War.  About a year ago I wrote a short piece on the upcoming event and how it was going to be observed.  Time now, I should think, to revisit this topic.  I may ruffle some feathers and offend some sensibilities, but that is entirely a good thing as far as I'm concerned, because I am indeed concerned.  As always, I welcome your thoughts and comments which you can leave below, or follow me via Twitter and Facebook. 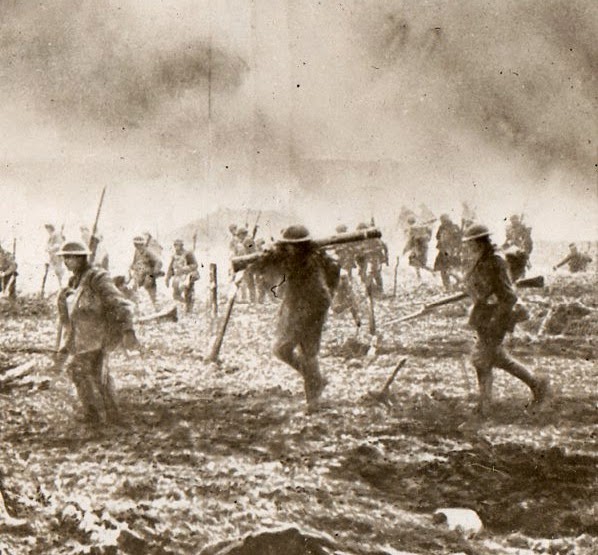 Circumstances have put me in a surprisingly advantageous position.An illness last year took me away from being able to dedicate time and energy to the growth of this project, which was then compounded by a busy work schedule once I was well.  These two things caused If Ye Break Faith to remain idle and grow stagnant, even to the point of missing out on a very good opportunity for advancement.  Recently, an accident which resulted in several broken bones has given me a wealth of spare time.  What better to do, especially now, than to rededicate myself to IYBF?  I very much announced this in my last post and have the availability to pay attention to First World War items in the media and keep my social networks active by linking to relevant articles.  I'm also writing articles of my own for publication beyond this space.  The purpose is, of course, to build a portfolio that will help in the sale of my first full length print work, which is coming along well, thanks for asking.

What I've noticed, and what I want to touch on, is the sheer volume of articles, photographs, videos and television documentaries and how some of them are choosing to portray events of a hundred years ago.  Leading up to the centenary the public debate is how it should be observed.  What this has become is a dichotic mix of opinion in these recent media offerings.  I am not going to place myself in one camp or the next.  It is my belief that the First World War was an event that can be attached to many types of emotive reflection.  What I will not abide is the use of poor research, inflamed rhetoric or reliance on supposition rather than fact to influence the general perception of the war or reinforce incorrect assumptions about it.

I had been awaiting the broadcast of a new 5 part documentary on the war presented by TVO (TV  Ontario, a public channel) titled "Apocalypse:  The First World War".  It promised rare and unseen archival footage given new life through colour and sound digitally added.  As there isn't a lot of motion picture records of the war, I'm very keen to see something new.  I was not impressed by what I watched.  Written by two people with no solid background in military history, the narration made several mistakes of fact and had a decidedly pronounced bias based upon assumptive errors which skated rather close to a political agenda.  History is not so clear cut as this program portrays as to even begin to support such one-sided thinking.  Here, though, is my problem:  I consider myself quite an expert on the war and so can readily spot errors or bias.  The average  person is not, and will take such messages as true representations and thus have an incomplete and disturbed view of such an important event in human history.  This reinforcement of incorrect understanding is damaging and difficult to redress.  A recent article by historian Dan Snow illustrating the historical facts of some widely believed myths of the war resulted in the author receiving harsh criticism, even threats.  While at the same time, another historian whom I will not name, is posting well praised articles so entirely jingoistic and anti-Germanic they may well have been written on the eve of war, not a hundred years from it.

It is a huge problem.  The vast majority of people, when thinking on the most significant event in modern history do so in a vastly skewed way.  How then are we to correctly divine the lessons of history when it isn't viewed correctly, and the incorrect view is being reinforced?  We all too readily place modern ideals of morality against historical events, and this can become complicated when the wide scope of knowledge of an event, and the sentiments attached to that knowledge come from source material written well after the fact by people who had limited or no actual first hand experience of the event in question and do very little to cite primary sources.  This is how it is with a popular understanding of the First World War.  Many current impressions of that conflict have been taken from sources that became available long after the war when the prevailing mood was one of disillusionment with the contemporary geopolitical situation.  The war, for those writers then becomes a choice scapegoat for their angst.  It gets so that a work of fiction written by a man who had less than a month of front line service is commonly viewed today as an accurate depiction of the war, with many people still believing that "All Quiet on the Western Front" is in some way autobiographical.

Articles such as the one I mentioned by Dan Snow, along with other books and references which intend to divulge the actualities of the past come up against stiff opposition.  Often these works are labelled "revisionist", a term normally applied to those who seek to change fact.  In that sense, and how it is delivered by critics of those attempting historical rectification, it is a reactionary label.  Taken on face value though, it is indeed true.  These historians are attempting to revise understanding greatly damaged by an earlier revision of fact.  The difficulty is that when most people have made up their mind about the past it is very hard to persuade change, particularly when the incorrect view is the one being given precedence, and that is made worse by study of a military event by those with no clear understanding of how the military works and imparting it to an audience that wishes to understand but shares the same lack of material comprehension.  This is why the book version of "If Ye Break Faith" is needed to go to print.  I firmly believe that my love of subject matter and ability to teach addresses the common themes of the First World War such that these concepts are made accessible to those who have a desire to learn but have no background in context.  Ideally, I'd jump at the Chance to use the book as a syllabus for an introductory course on World War I. 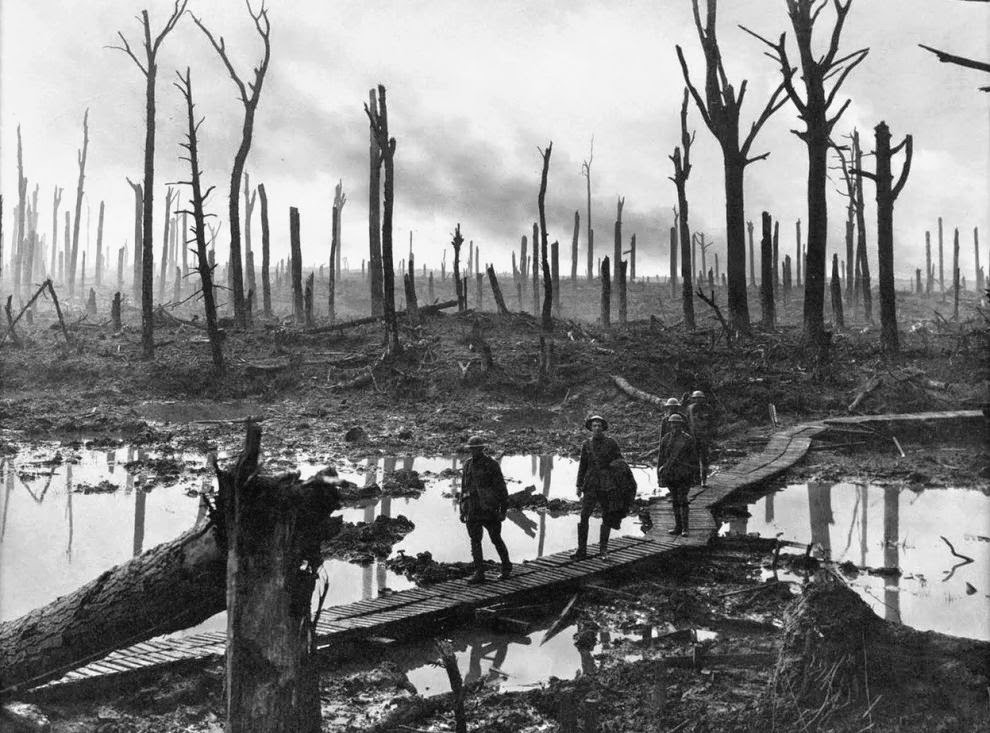 How should we remember the First World War?  Quite simply, as an event in which many millions of people died or had their lives affected by a great struggle over beliefs; whether correct or not, moral or otherwise- anachronistic to modern sentiments as they may be.  This conflict, for better or worse had an immense impact upon the world which has lasted longer than its duration and will continue well into the future.  That idea alone insists we make a complete objective study so as to reflect on this importance.  It was, like most of history, neither all of one thing or all of another- not entirely a terrible mistake and waste of life nor a grand crusade that saved humanity from evil.

Before I go to work on an article I'm writing about the battles of Mons and let you all have at me in the comments I'm going to drop a few links on recent items I believe are furthering a more open understanding of World War I.

Letter to the Unknown Soldier  A brilliant project encouraging ordinary people to write to the Unknown Soldier (UK).  Some of these letters are touching, heartfelt and haunting.  Some tens of thousands of letters have been sent and published.  At the conclusion of the project, all letters will be archived.  Another UK based event is Lights Out, encouraging the extinguishing of electric light between 10-11 pm, August 4th in solemn commemoration of Britain entering the war.  Both events are part of 14-18 NOW Britain's art commission for the WWI Centenary.

From the Toronto Star this article in which artefacts and letters from the war are presented with background stories in an interactive format. It is my sincere hope that the Star continue this as a regular feature.

Also, this collection of photographs documenting The Hidden World of World War One.  Texas doctor Jeff Gusky has taken painstaking effort to produce some evocative images from the caverns that still lay hidden under the line of the Western Front. The link will bring you to Dr Gusky's personal sight, but the images are also available via National Geographic.


Posted by Christopher J Harvie at 00:00