Who We Were and Who We Are

It is August 04, 2014.  Exactly one hundred years ago, Britain declared war on Germany.  For Britain and her Empire the Great War was about to begin.  I have found a great deal of confusion in comments posted to Canadian sites reporting on this anniversary.  Mostly, there seems to be a lack of understanding of why Canada became involved in the war, and what possible benefit was gained from this experience.  I have endeavoured to address these questions below.

In all the build-up to the centenary there has been no shortage of interesting tributes, projects and memorials being announced.  As many of you know, "If Ye Break Faith" was begun to be part of this effort by providing a means to memorialise the Canadian fallen of the war.  It has come to my attention that the Royal British Legion has just last week made available "Every Man Remembered", an online repository of publicly contributed tributes and biographies of all Commonwealth soldiers killed in World War One.  As this is remarkably similar to what I had in mind to create, I find that I must seriously rethink the purpose of "If Ye Break Faith" to avoid any intellectual property issues, while at the same time being a really good sport and throw my full support behind the Legion's efforts.  As always, you can keep up with things as they develop by following on Twitter and Facebook. 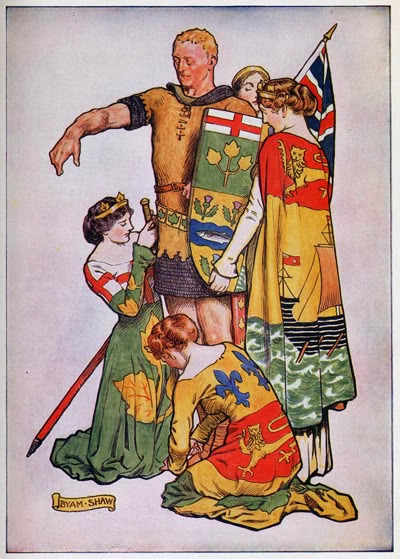 When the house of cards that was European peace through strategic alliances finally collapsed, public interest domestically was certainly piqued.  If not at first for news that the argument between Austro-Hungary and Serbia had spilled out over the continent, it was almost certainly the speculation on what Britain would choose to do.  Thoughts of this nature were more than a distracted concern.  Canada was a very different entity, both politically and demographically a century ago.  What is now a mostly titular and symbolic connection to the United Kingdom was in 1914 a more rigid and formal relationship.  Since Confederation in 1867 Ottawa had gained wide freedoms in domestic affairs, but the Crown retained, among other things, control of foreign policy.  Thus what happened to Britain in this unfolding crisis would happen to Canada as well.

The ultimatum requiring Germany to withdraw from Belgium expired without compliance and Britain was forced to act.  London’s Parliament approved and delivered a declaration of war to the Kaiser’s representatives on the 4th of August.  A telegram making note of this was sent out to the Dominions.  It is recorded in an extra edition of the Canada Gazette that the Duke of Connaught, Governor General of Canada received this notice at 8:45 pm on the same day.  Parliament was immediately recalled by royal order.  The HMCS Rainbow and Niobe were directly seconded to he Royal Navy; their officers and crew immediately placed under the laws of Active Service[1].  Canada was going to war.

While the ability to decide such matters was beyond the power of the national government, Canada’s decision on how to contribute to the war effort was entirely its own.  There was, however, little doubt what that level of commitment would be.  The population at the time was predominantly British- either by birth or recent descent.  Support for what many considered “the home country” was overwhelming.  With news breaking of the declaration, the already holiday atmosphere of a long summer weekend became one of jubilant celebration as “tens of thousands of Canadians took to the streets.”[2]   This attitude was reflected in the political speeches given at the announcement, Prime Minister Robert Borden promising to “put forward every effort and make every sacrifice necessary to the integrity and maintain the honour of our Empire.”  Opposition leader Sir Wilfred Laurier made his now famous statement “When the call comes, our answer goes at once, and it goes in the classical language of the British answer to the call of duty, ‘Ready, aye, ready!’”[3]  It is revealing of the sense of nationality at the time that the possessive pronouns relating to Britain and Empire in both speeches are in the collective first person.  Even before Parliament solidified the exact nature of this intent, recruits were already beginning to volunteer.

Ottawa followed through on the rhetoric of both party leaders authorising an expeditionary force of  25 000, appropriating $50 million for its equipment and training and a resolution to provide for all costs associated with Canada’s war effort.  This assumption of fiscal responsibility may have incurred Canada’s first national debt, but also allowed for tremendous growth in domestic investment and industry.  As the war grew in length and breadth the demand for goods manufactured or produced in agriculture accelerated.  Britain as head of the Empire could not alone meet the material needs of so large a conflict.  Foreign demand for exports would help provide the capital to improve infrastructure, not the least of which was a substantial increase in railway mileage.  It was rail that linked the country in the decades after Confederation and expansion of transportation would strengthen that bond; more deeply unifying the country in a physical as well as ideological sense.

Two thirds of the First Contingent was British born, and Britons would never number less than half of those serving in Canadian uniform throughout the war.  The men who went to war from Canada may have considered themselves British, but their experiences overseas would serve as a catalyst to change the prevalent sense of identity held before 1914.  In a speech commemorating the start of the war, Chief of Defense Staff General T.J. Lawson said “The war affirmed that Canada is unavoidably part of the international system.”  At the same event, historian Margaret MacMillan agreed that due to the war “Canadians became more conscious of our country as a nation- of our contribution to the world.  This outcome allowed Canada to become more independent.”  Due in no small part to an esteemed reputation for efforts in battle and a reciprocal esprit de corps from this adulation, the men of the CEF began to take pride in being and identifying as Canadian.  There was a noticeable shift in population demographic in the years following the war.  While the origin of immigrants was still majorly British, for the first time since 1867 population growth was more from natural increase, outpacing migratory growth by a factor of nearly ten to one by 1920.[4]  Descendents born to the war generation would carry on this pride of being Canadian, supplanting the pre-war mindset of British subjectivity almost completely. 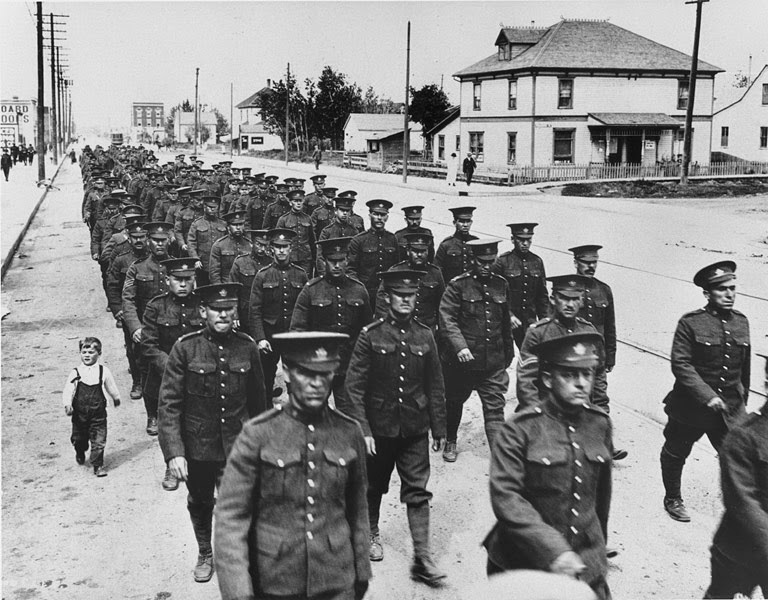 The war, particularly as it moves further away from us in time can not be easily understood.  It can never be easy with modern sentiments gained through a century’s social progression to comprehend Canada’s subordinate position in global affairs or the enthusiasm of those who rushed to volunteer.  However as who we are now is indelibly tied into this experience of our past it is crucial to make that understanding.  General Lawson tells us that “World War One is a story of individual sacrifice for values still held through the thread f one hundred years.”  Those that returned to Canada with a growing sense of nationality took great pains to ensure those values for which so much was sacrificed would become intrinsic to this young country.  Their desire to move beyond the tragedy of war, their efforts to create a better world helped to shape Canada.

One hundred years on and the nature of the country has changed again.  The ratio of migratory to natural population increase has reversed.  Canada has become a more multi-ethnic country, moving further away from our British-centric roots.  This in itself has been a gift to Canada’s growth and leant to a deeper and progressing notion of our national identity.  Though there are fewer here today that have a generational link to Canadians of the Great War the ideals for which they fought-freedom, fairness, equality and justice- are still a large part of who we are.  In a reversal of Borden and Laurier using possessive language towards Britain in 1914, one hundred years later Canada’s top General addressed all Canadians, no matter of origin “I urge you to discover your history for yourselves- it’s yours, own it.”  Whether we were born here or have just arrived when we say we are Canadian we inherit the legacy left to us of all those who went before us and particularly that of the men of the CEF.