Between Beloved Home and War’s Desolation

There is a quote of which I am quite fond, of all things from a science fiction novel, though the author understood the nature of military sacrifice on a personal level himself: "The most noble fate a man can endure is to place his own mortal body between his loved home and the war's desolation."-Robert A Heinlein, 'Starship Troopers', 1959

Please take a moment to remember those who gave all so that we might live free.


With winter drawing near, it was becoming apparent to either side that the defensive lines which were being established- what would become known as the Western Front- could not, or would not, be broken until the spring of 1915 at the very least. 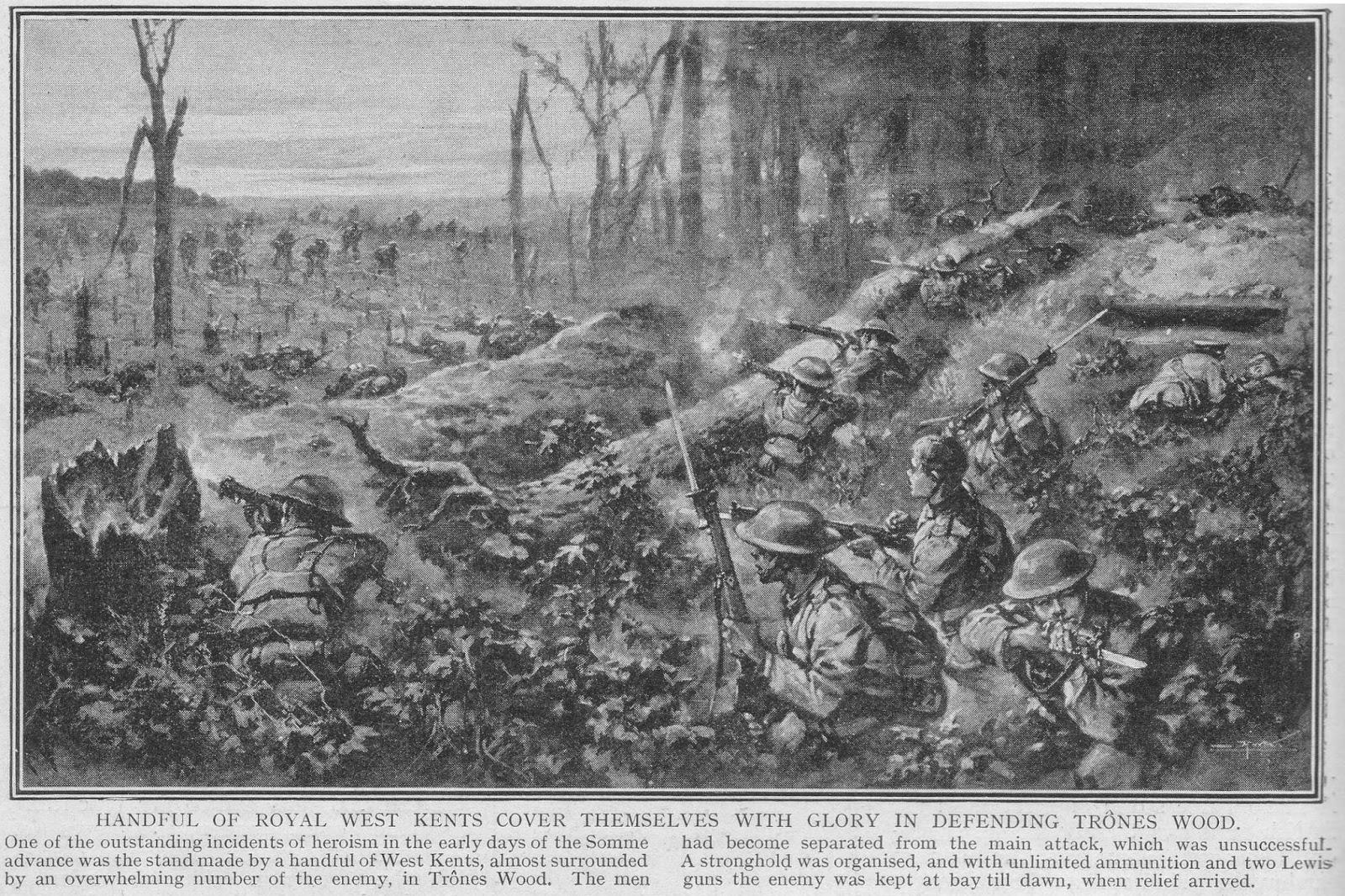 Like so many immense human endeavours, time was the most critical commodity.  The Allies and the Germans both required time to improve their standing and thus their chances of a successful offensive campaign, but had to do so more quickly than their opponent and before the cost of a long war would wear down the economy and popular support.  This was a large factor in explaining the management and prosecution of the war- the idea of having to win the war as quickly as possible balanced against taking all the time required to achieve the most advantageous circumstances to procure that victory.  It necessitated, even in the face of great loss, putting into battle undertrained and inadequately led troops.

It is often considered that man for man the British fielded the superior force in 1914.  There were just so many more Germans as to negate this professional advantage; and after several costly battles there were far fewer left.  “More than half of the one hundred and sixty thousand men Britain had by then sent to France were dead of wounded.”[1] Fortunately, Britain’s Secretary of State for War, Lord Kitchener had put into place a system for volunteers to join the army for wartime service.  By September, nearly half a million men had joined, and had been organized into four Armies.[2]

As the battalions within the “Kitchener’s Armies” (as they became known) were numbered and integrated with regiments of the Regular Army, the bond, traditions and esprit de corps such a system entails was retained.  Geographic recruitment or professional and recreational associations forming bases for volunteers ensured a high level of camaraderie among men and a deep connection to the home front.  “All this made for tremendous strengths: the men had shared interests…had the same friends…and were adamant that their battalion would be better than any other.” [3]

Numbers alone do not an army make.  The regulars who had taken the field, and those who took a permanent place in the fields had years of training, employment and practical experience behind them.  These New Armies could not have the luxury of years, and wouldn’t have much opportunity to learn directly from that experience during their initial training.  “”There were far few trained officers and NCO’s” writes Brig. Richard Holmes on the wartime volunteers, “there was a sprinkling of ex-regulars among the NCO’s but most (men of the 11/East Lancashire) had no military experience.” [4] Though Holmes is only referring to one battalion, which was commonly referred to as the “Accrington Pals”, their lack of experienced leadership, and likewise depth of training is not atypical.  The sheer numbers; taking on hundreds of thousands of men in months when it was usual practice to induct thirty thousand in a year stretched established structure and resources to the limit.  “It was one thing to find men, quite another to provide officers and NCO’s to command and train them.”[5]

Making enlistment criteria flexible so as to allow the recall of retired ex-regulars, transferring men from the Territorial Force and the Indian Army helped, but couldn’t be enough.  Ironically, these very conditions were attributed to the high losses of German recruits at Ypres- in what became known as the Kindermord- “The volunteers went into action two months later not just under- but improperly trained. Their instructors had been mainly older NCOs who taught the close-order tactics favored at the turn of the century, in which men charged in waves, shoulder-to-shoulder, or in squares that would have done justice to a Napoleonic battlefield. Regular officers, especially lieutenants, were in short supply, and the few the reservists did have often led them into battle without maps. It was hardly surprising that they occasionally blundered into enemy lines. As a rule, the better the reserve regiments were trained--which is to say, the smaller the proportion of raw volunteers--the less likely they were to move forward in vulnerable tight-packed skirmish lines, or to rely on song under stress.”[6]

Even allowing for months of training wouldn’t be sufficient, as a soldier’s life- even a regular soldier- is so much more than battle craft.  In a Spectator editorial for 1st September 1900, a professional soldier wrote “How can you train men for the field unless men and officers are all present in the ranks, prepared for a march into suitable country? To do this you must shut up the barracks, officers' mess, ser- geants' mess, canteen, cook-house, tailors' shop, and all other regimental offices and institutions which absorb so large a proportion of the ‘strength’ of a battalion. Finally, if you aspire to make professional soldiers of our three-year and five-year men you must pay them a living wage, and alter the system of promotion for officers, substituting competition for seniority, and rewarding industry and zeal at the expense of slackness and incapacity.”[7] Many of the New Army formations would be sent to the front with only the most rudimentary of military skills, some even having not fired more than fifty live rounds in target practice before being expected to do so in earnest.  As they began to reach the front in the spring of 1915, their training and experience meant that they could not be relied upon to undertake the complex operations which would be required of them.  It was doubtful they would even have the ability to hold a defensive line. 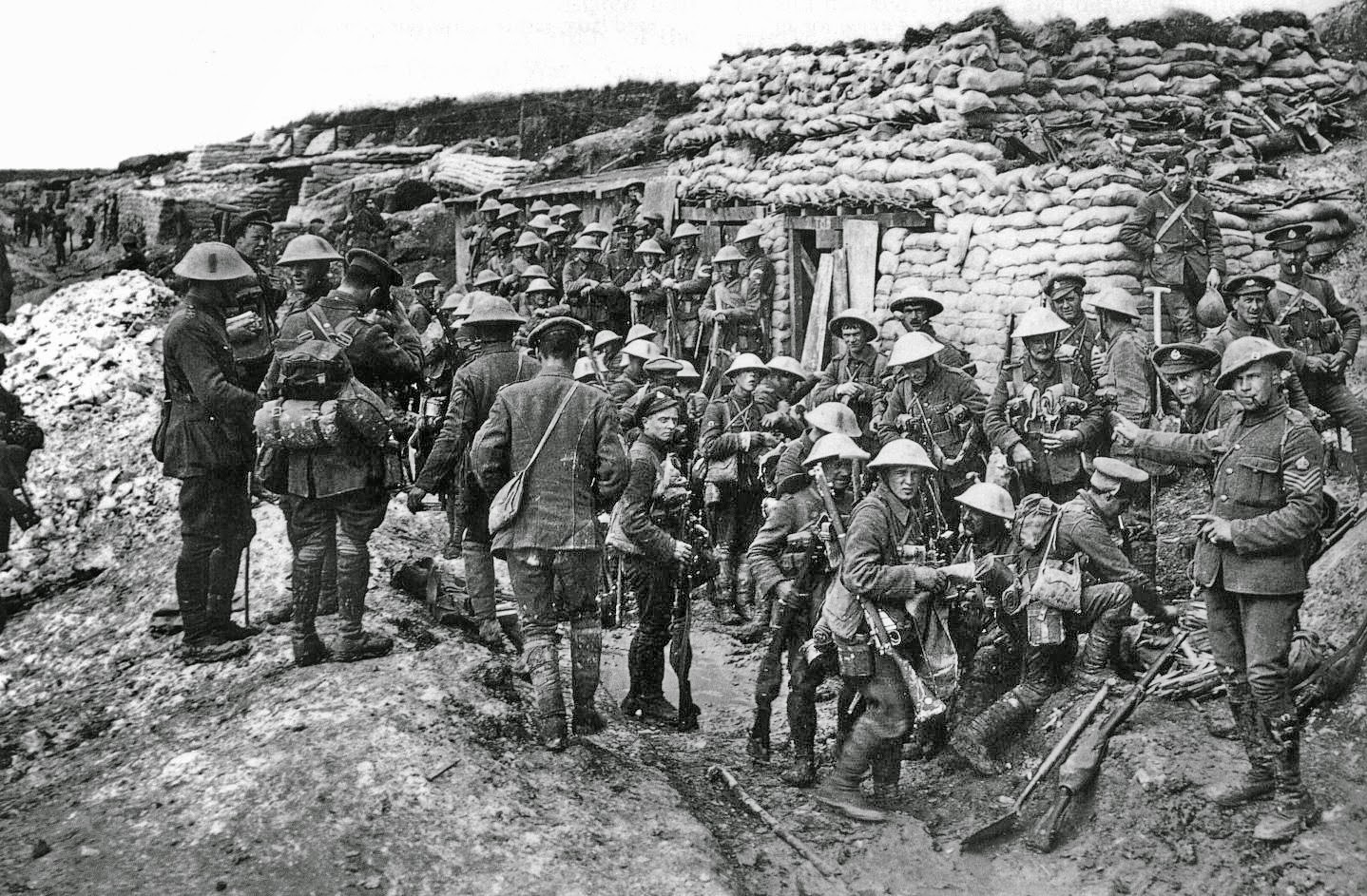 By 1916 there was little choice but to put the New Armies into an attack.  The war had to be won, and could only be won by breaking the German line in the main European theatre.  Given more time, the results may have been better, but that commodity was spent.  In July of 1916, men who had little ability beyond very basic military understanding were sent into battle by officers who had never commanded such large numbers or in this type of war.  The cost was devastating.  In twenty-four hours Britain took as many casualties, 60,000, as it had in the first months of the war.  In Holmes’ example of the 11/East Lancashire- “The Accringtons lost 7 officers and 139 men killed, 2 officers and 88 men missing, believed killed, and 12 officers and 336 men wounded.  The battalion…was never the same as it had been at 7:30 on the morning of 1 July 1916.  And neither, for that matter, was Accrington which had lost too many of its dearest and its best that day.” [8]

It was the very nature of the close knit recruiting of the New Armies which would have, and continue to give such a localized sense of loss.  “The British, however, unlike other participants, had no conception of the casualties likely to be caused by war on the European scale.  All that said, there was a further major factor that influenced British perception, then and now, of the loss of a generation.  That factor was the way in which the British raised the manpower to fight the war.”[9] The losses didn’t affect the country at large; they struck small, insular localities suddenly and all at once.  The war and the common grief of death visited households interconnected through family and community.  Remembrance became so important because the sacrifice was so personally felt.