In anticipation of Remembrance Week, "If Ye Break Faith" presents a two part series looking at the very nature of Britain's citizen army and how that has impacted on the resonance of the First World War.  Your comments, questions and suggestions are always welcome.  You can follow this column through Facebook and Twitter

By autumn of 1914, the state of affairs for the British army in the field was very dire indeed.  Three months of battle had smashed its core of professional soldiers.  Of the nearly 120,000 men put into the field by the end of October 1914, a total of 29,562 had been killed, wounded or been declared missing.[1] These regulars without question had performed with great élan against odds which were at times 12:1,[2] but the supply of such seasoned men was finite and quickly reaching its limit.  “This defence of Ypres is in a dual sense the supreme memorial to the British Regular Army, for here its officers and men showed the inestimable value of the disciplined morale and unique standard of musketry which were the fruit of long training.”[3] For Britain to stay active in the war, it would have to do something never done on such a scale- and in doing so would create the reason why the First World War remains in the public consciousness: the entire country would mobilize.  In a broad sense this would reflect the efforts of the population in economics, agriculture and manufacture but the reason why it seems the war touched so many ordinary lives was that Britain was beginning to make soldiers of ordinary men.

Mid November of 1914 bore witness to the final acts in the opening stages of war.  Along the Western Front the hasty 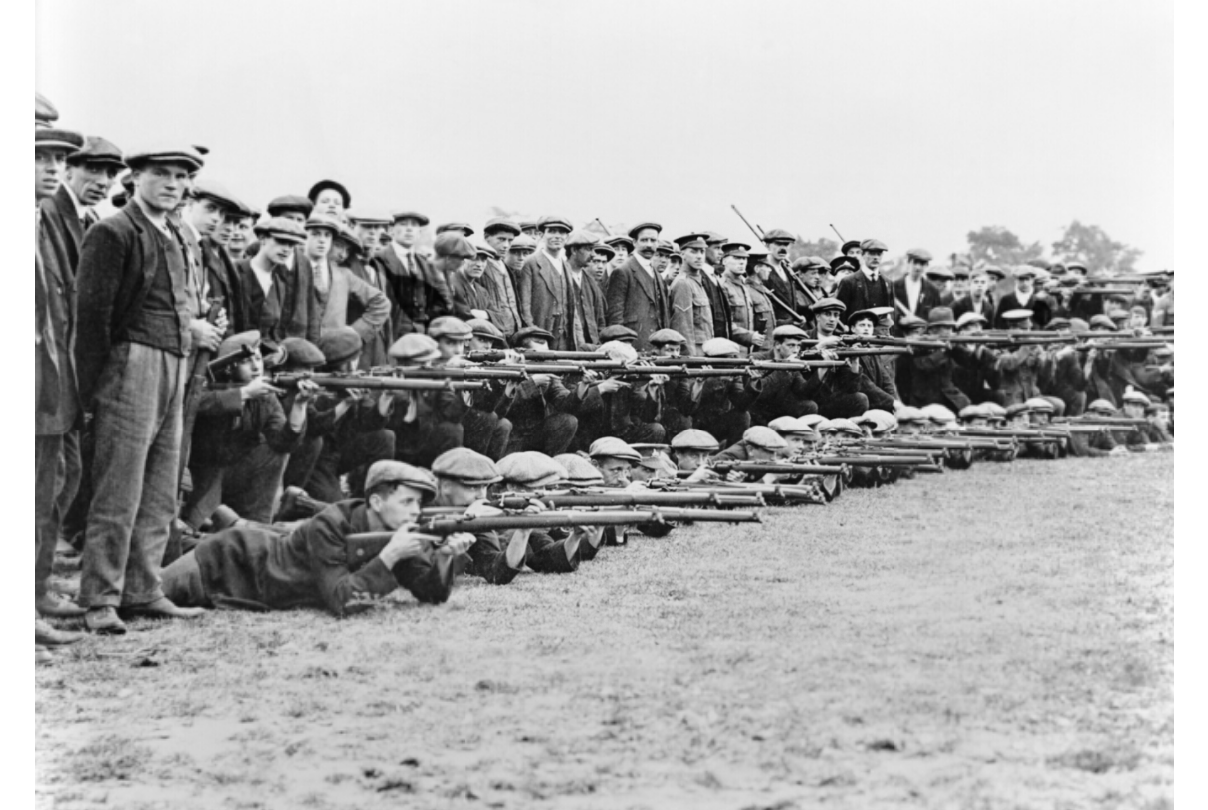 trenches which had been dug to protect men and deny ground were being sunk deeper.  Fortified with sandbags, wood riveting and in some cases- mostly on the German side-concrete these initial scrapes were linked to other defensive lines north and south with supporting trenches being established in lines to the rear.  The first strands of what would soon be ubiquitous and copious barbed wire were being emplaced.  All this was done in great haste, before the ground froze and to get the men into shelter from the increasing number of big guns being brought up to pulverise these static works.

Defence had been a mutual necessity.  The Allies and the Germans in the beginning war of encounter and manoeuvre had proven too evenly matched for one side to dominate the other.  Germany had always had numerical advantage, but couldn’t press this as being so far from bases of supply required time to build logistics, and the looming shadow of Russia in the East was drawing attention there.  Neither France nor Britain could continue offensively until suitable reinforcements could reach the front.

A vast pool of manpower was readily available to both; that of the native contingents of their colonial forces.  Both the Lahore and Meerut Divisions of the British Indian Army had begun to arrive- the Lahore Division proving instrumental in holding the line during the First Battle of Ypres.  These troops, like their British counterparts, were professional soldiers and could be relied upon the instant they were available.  “Eventually contributing over one million troops, the British Indian Army would become the largest source of volunteers from the Empire.”[4] Forces from the rest of the Empire were underway as well, but as they had been raised through militias and wartime volunteers their deployment would be delayed while they underwent training.  These deficiencies were due in part to very few in positions of power having foreseen- or even believed- a protracted continental war possible.  Mobilisation, deployment and campaign plans on both sides had been made around the assumption of a quick victory.

Britain’s initial plan upon involving in a European conflict reflected this.  Prior to the war, Richard Haldane (Secretary of State for War 1905-1912) had initiated striking reforms in the organisation of the British Army which would be of inestimable value, including a training corps for officers and a general staff[5].  Haldane is also credited as the creative mind behind the notion of an Expeditionary Force.  “Without the certainty of a European war, Haldane had to plan for any number of possible scenarios; this limited his ability to make plans for the future role of the army on the continent and plan for its reinforcement.”[6] Eventually it was determined that the BEF would be constituted of seven divisions, only four being initially sent to France in August.  As the threat of a German invasion of Britain dissipated, the remaining three divisions were dispatched to the front.  The Territorial Force (another Haldane brainchild) was composed of part-time soldiers and ex-regulars whose purpose of home defence would release more Regular units to be sent to the front.  To further increase numbers of available men, the Territorials were encouraged to volunteer for overseas service which the terms of their enlistment did not oblige them to do.

One day after declaring war on Germany, Parliament appointed Field Marshall the Lord Kitchener, a popular military hero, as Secretary of State for War.  Kitchener did not feel the plans Haldane had laid out, which relied heavily on the Territorial Force could be relied upon.  This had mainly to do with his own opinion that the Territorial Force itself could not be relied upon.  A long serving professional officer, he disdained “Saturday-night soldiers” and held the view that most Territorial outfits were little more than private drinking clubs.  The kind of numbers he felt would be required in the conflict just joined was beyond what was available either through the Regular Force or the Territorials.  While Haldane had posited that the Territorials had the foundation in existence for rapid and measured expansion through intakes of war-time volunteers, Kitchener wanted to attach these volunteers to existing Regular Force units; essentially creating a mass army based upon the professionalism he himself espoused.  “Kitchener had grasped, in contrast to Governments and General Staffs alike, the probable duration of the struggle.... (He) took the view that Britain could only exercise a decisive influence through the creation of mass armies.”[7]

Parliament sanctioned an increase in army establishment of 500,000 men on the 6th of August, the first appeals for volunteers was made public on the 7th.  Between the beginning of the war and the 12th of September, 478,893 men joined; 33,204 having volunteered on the 3rd of September alone, the largest daily total of the entire war and more than the average annual intake. (14-18)  “Apart from a bedrock of patriotism and a widespread collective sense of duty to King and Empire, two factors, in particular, helped to generate this boom in enlistment. One was the formation on 31 August of the 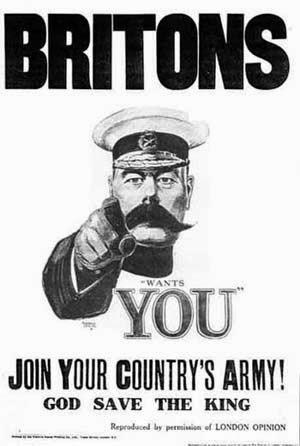 Parliamentary Recruiting Committee (PRC), which placed at the disposal of the War Office the entire network of local party political organisations. The assistance which the PRC provided included the issue of a series of memorable recruiting posters designed by leading graphic artists of the day. Another key factor in stimulating enlistment was the granting of permission to committees of municipal officials, industrialists and other dignitaries, especially in northern England, to organise locally-raised ‘Pals’ battalions, which men from the same community or workplace were encouraged to join on the understanding that they would train and, eventually, fight together.”[8] An Army Order (Number 324) issued on the 21st of August authorised the establishment of six divisions, to be collectively known as “K1”, for “Kitchener’s Army[9].  The structure of the divisions would be made up of battalions numbered sequentially from existing Regiments of the Line.

These measures ensured a rapid expansion of Britain’s army, and structuring them as subsequent components of regular regiments, along with the geographical recruitment of these “Pals” battalions instilled the appropriate esprit de corps while keeping men with established personal bonds together.  Taking a name from a line regiment was one thing, though.  Expecting these “New Armies” as they became known to perform to the standard of the regulars was another.