Even fairly early in the war it was realised at the highest levels of the British military that once involved on the continent against a sizeable, prepared army the 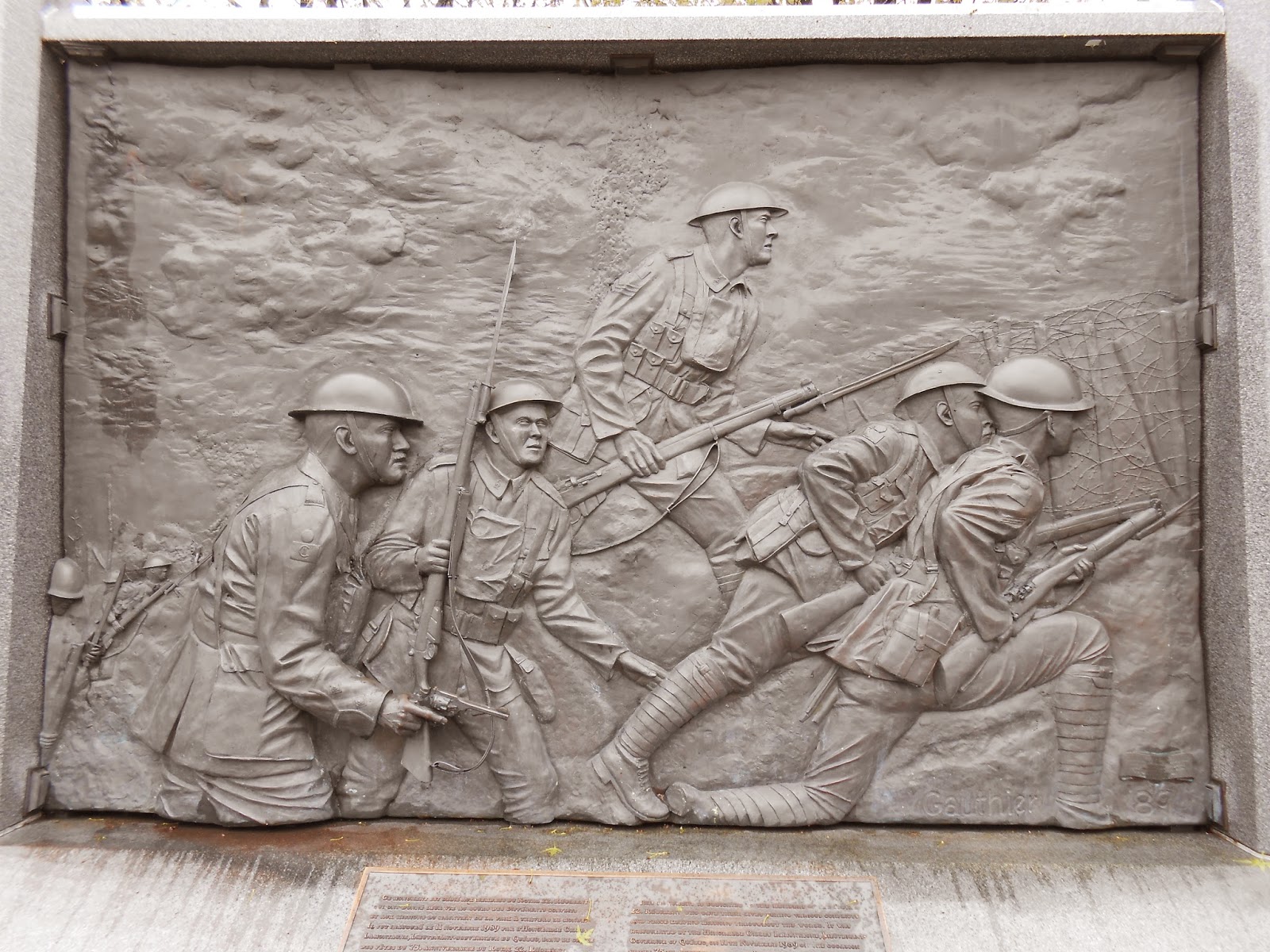 need was urgent to expand their small professional force; who had in the first two months of the war suffered nearly 60,000 casualties.  Regular native units of the British Indian Army had taken the field and performed with distinction at the first Battle of Ypres.  Many more Indian troops were on their way, some to be diverted to other theatres- such as the Middle East- and a number were required to garrison at home in place of British overseas postings now recalled to the UK for redeployment.  A comfort was that the popular support was such that there was no particular shortage of volunteers, and other corners of the Empire were in lock step.

A First Contingent from Canada- 30,000 strong- had just set sail when “the Governor General telegraphed the Secretary of State for the Colonies an offer by the Dominion Government ‘to place and maintain in the field a second overseas contingent of twenty thousand men.”[1] This contingent would first be raised from the overflow of men willing to go on overseas service.  ”Ottawa immediately ordered the mobilisation of a second contingent.  Fifteen new battalions were to be raised, and to ensure a steady stream of reinforcements, it was decided to keep thirty thousand men continuously under arms in Canada.”[2] This, which seemed prudent in October of 1914 was already agreed to be inadequate within a month.  The sheer breadth the war was reaching impressed the idea that Canada may not only be required to form battalions for front line service, but to provide supporting lines of communication and headquarters elements to build the structure for higher levels of organisation not previously anticipated, or even with precedence in Canadian military history. Outfitting another division did not particularly mean that the CEF’s establishment overseas would change.  The 2nd Contingent was raised, initially, with the idea it would provide supplemental reinforcement for the 1st Division.  Even after the 2nd Contingent was properly structured into a three brigade division in its own right, there was not an automatic evolution to combine the two divisions within the next highest command structure-the corps.

As an organisational concept, the corps was a relatively new practice for the British.  Field Marshal Sir John French had the presence of mind to split the original BEF into two corps upon embarking for France in August.  Owing to the size of the Force and the expanse of land they were moving into, placing corps commands in between himself and his brigades made for much easier command and control.  The British, though, did not view corps as impermeable, and were liable to have brigades or divisions shifted from one to another. The Second Contingent, then could possibly be placed alongside British units in a separate corps from the 1st Canadian Division, and quite possibly one or the other would be moved about should the need arise.  It didn’t take long for the notion of permanent corps structures as a necessity took hold.  Britain would be raising armies of several corps each; the more ingrained a structure in subsequent formations would help to make this growth a smooth process.  So it was that the 2nd Division allowed for the formation of the Canadian Corps, to be commanded by Lt General Edwin Alderson, a British officer of nearly forty years of service who had been the general officer commanding the 1st Canadian Division even before it had left Valcartier.[3] Now, besides the rank and file, the Canadians required a corps level general staff, of 25 personnel administering what would be 37,000 men.  Many of the staff positions would be filled with British officers until Canadian candidates could be pushed through a quick learning version of the Staff College. Within the structure of this 2nd Division was a battalion, whose existence had been made possible through the request of prominent citizens that a unit be created from Francophone men, mostly out of Quebec.  Numbered by the precedence of their forming as the 22nd (Canadiennes-Francais) Battalion, they would from this receive the nom-de-guerre which is perpetuated in Canada’s Army today: “The regiment is nicknamed the ‘Van Doos’, a corruption of vingt-deux, French for ‘twenty-two.”[4]  It certainly wasn’t only language which separated them from their comrades.  Large numbers of men in the other battalions had been born in or were only one generation removed from the UK.  The 22nd was uniquely Canadian, able to take centuries of heritage into its own traditions.  They chose as their symbol the beaver, and while adhering to uniform and doctrine of Empire troops, selected a jaunty, Quebecois paddling tune as their quick march.  “Vive La Canadienne” (“Long Live the Canadian Girl”) has a strong cadence- from calling when to pull a stroke in a heavy canoe crewed by twelve men- and lyrics, from earlier than 1840 speaking of a longing for the beauty of the girls at home.  It “is not an anthem in the traditional sense; it neither extols the virtue of a nation, nor upbraids its citizens.”[5] 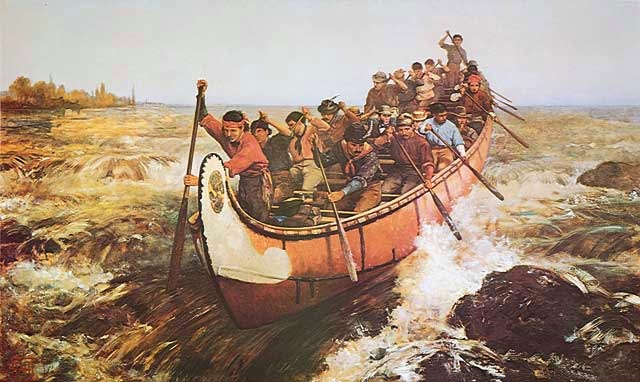 With the rest of 2nd Division, the Van Doos would deploy to France in September 1915, after months spent training in an area of south east England.  “By the time the foremost elements of the Second Contingent arrived in the United Kingdom, the bulk of Canadian troops already in the country…had moved to the Shorncliffe area in Eastern Command,” records the official history of the CEF written by Colonel Nicholson, “the open fields beside Shorncliffe and the rolling Kent countryside beyond provided ideal conditions for company and battalion training.”[6] “Its first major attack took place at Courcelette, France, in September 1916. The French-Canadian soldiers, commanded by Lieutenant-Colonel Thomas-Louis Tremblay, pushed back repeated enemy assaults and held the village while surrounded on all sides for three days and three nights. Of the 800 men who took part in the initial assault, 118 were left three days later.”[7] In service on the Western Front from September 1915 to November 1918, the 22nd would suffer close to 4,000 casualties through this time, placing what would become defining names of battles on their list of honours. 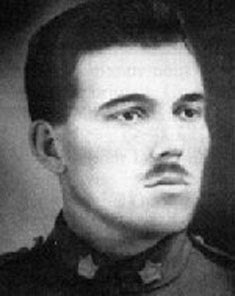 One of their number was a stocky twenty-five year old machinist named Joseph Kaeble, from Sayabec, a tiny municipality on the south shore of the St Lawrence Seaway.  Sayabec is still small, recording just over 1800 inhabitants in the 2011 census.  When Kaeble volunteered in 1916, he was on his way to joining what had become the largest concentration of his countrymen outside of Toronto and Montreal.  He made corporal in April, 1918, almost a year since he had been wounded in the shoulder in mopping up actions following Vimy Ridge.  Assigned command of a Lewis gun section, Cpl Kaeble was on the front line in June, 1918 amidst a period of intense German offensives which had stretched the Allied front to the breaking point.[8] The 22nd Bn War Diary records “During the day enemy artillery below normal.  At 9.45 pm enemy attempted to raid our front line.”[9]

Three raiding parties, numbering fifty men each had used the cover of a short barrage to move in closely to the Canadian trenches.  They struck at separate points, and a bloody contest was begun.  Throwing grenades as they came, men of the Rheinisches Infantirie-Regiment Nr 65 were able to approach within a few feet of the trench where Cpl Kaeble was one of the few men yet unwounded.  “A few men of the attacking party managed to reach our parapet but were immediately repulsed by the aid of Lewis Guns and bombing.” [10]Without a good field of fire from the trench, Cpl Kaeble exposed himself from the parapet to put effective fire on the enemy, firing the Lewis gun from the hip.  Shattered by grenades and artillery, he fell back into the trench, firing his weapon all along, and is recorded as saying “Tenez bon, mes vieux, ne les laissez pas passer, il faut les arreter!” (“Keep it up, boys, do not let them get through, we must stop them!”) “At this post” the after action report notes, “fierce fighting with bayonet took place.”  Later it was determined “A great number of enemy dead (were) lying in no man’s land….Numbers of enemy wounded high, as shrieks and screams were heard in no man’s land and whistling for streacher(sic) bearers.”[11]

Evacuated to a field ambulance, Cpl Kaeble was assessed as having suffered compound fractures to both legs, and shell wounds in his left hand, neck and both arms.  It would be too much for him to overcome.  According to his will, his widowed mother was his sole beneficiary.  Cpl Kaeble was posthumously gazetted to the Victoria Cross “for most conspicuous bravery and extraordinary devotion to duty” on 16 September 1918.[12]

Postscript:  Cpl Kaeble, before his death had been awarded the Military Medal-“For bravery in the field”, which is the usual citation.  The announcement was gazetted after his death, which means he never had the opportunity to wear his MM.