“The attack will be pressed forward with the utmost firmness, and when the German                   Front Line has been gained, its consolidation will be vigorously pressed.”
-Para. 4 Operations Order No. 57
1st Canadian Infantry Brigade
7 July 1916[1] 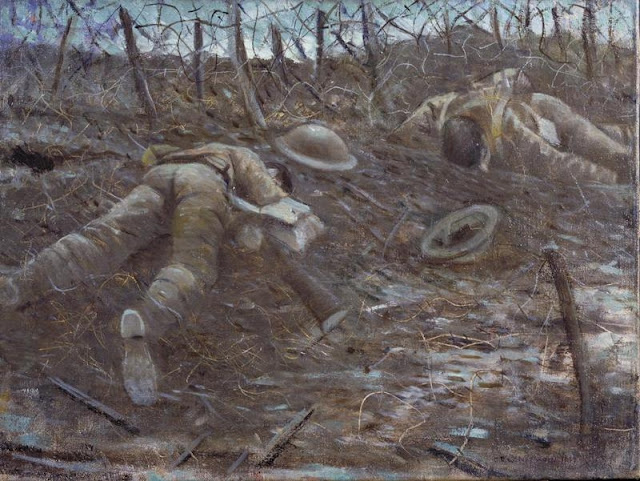 Just a few days prior, a heavy thunderstorm had broken the steady weather of hot days.  Out of the line, men had been reporting sick at higher numbers than usual.  The day of this breaking storm, the 4th of July 1916, one battalion medical officer recorded fifteen men on sick call, four of whom were bad enough to evacuate to hospital.[2]  Heavy rain had soaked the rich Flanders earth to slick and sticky mud, but after the storm passed, the summer’s heat continued.  What had also remained constant, rain or shine, day and night along the stiches of trench lines winding through ground interrupted by singular hills and shattered woods was the duel between German and Canadian artillery; whose unwitting witness and victim were the infantry clinging to what shelter these much abused defences could provide.

At intervals from 6 pm to midnight on the 8-9th July, the Canadian guns increased their intensity of fire.  “July 8- weather fine and warm….From 6.00 to 7.40 pm a bombardment of the enemy’s trenches on MOUNT SORREL took place and also again at 11.40 pm.  At midnight out fire lifted and the infantry advanced.”[3] This bombardment was concentrated on a particular stretch of the enemy line- one of the few places still in German hands from two weeks’ worth of back and forth battles the month before- meant to cut the wire in front of the German position to clear the way for a party of men from the 4th Canadian Battalion, led by Captain A.G. Scott, each one of them laden with as many grenades as they could carry, so that they could finally take back this ground. 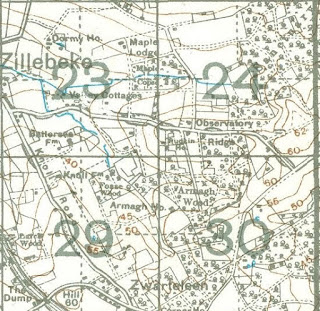 In the four years of a World War, so much can become overlooked, overshadowed and, through that, forgotten.  In most references to Canada and the Western Front, the Battle of Mount Sorrel is well documented.  Between June 2-13 the Canadian Corps and the German forces in the area engaged in a costly struggle.  Just after daybreak on the 2nd, “For four hours a veritable tornado of fire ravaged th Canadian positions from half a mile west of Mount Sorrel to the northern edge of Sanctuary Wood….The trenches vanished and the garrisons in them where annihilated.”[4]  Such was the intensity and ferocity of shelling that by the time German troops advanced they “met with very little resistance (and) in a very short time Mount Sorrel and Hills 61 and 62 were in German hands.”[5]

It was a shocking development.  While Canadian units had been afield since spring the year before, operating at corps strength was only a recent evolution, and in fact, the Canadian Corps had still yet to incorporate all of its divisions.  The 4th Canadian Division was still organising itself in England and would not embark for France until August.  Perhaps, some thought, in light of this loss of ground at Mount Sorrel, these colonial divisions should be kept within British Corps and under closer supervision.  Now, not only was it tactically prudent to counterattack and regain the ground lost, it was becoming a matter of national pride, and perhaps the result would become the basis on which an independent Canadian Corps would be judged.  This hasty attempt failed to gain any ground, and it wasn’t until ten days from the initial assault, after deliberate and meticulous planning that the corps won through.  On the 12-13 June “The determined Canadian push, ably supported by the artillery successfully recaptured most of the ground lost.”[6] 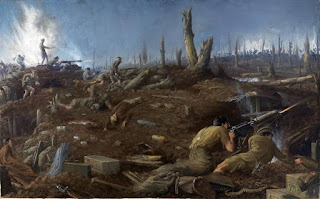 The fight at Mount Sorrel in its initial stages had all the attendant elements of a Great War battle.  Artillery and mines devastated the 4th Canadian Mounted Rifles to a shadow of its nominal roll and a desperate stand by the PPCLI at Sanctuary Wood against terrible odds kept the line from entire collapse and showed the plucky resolve which captures public imagination.  Continuing to the well organised and brilliantly executed counterattack which presaged how battles were to be won in this war and vindicated the young Canadian Corps, these two weeks of action at Mount Sorrel wrap up quite nicely.  This is where the narrative of history leaves off.  Even Colonel Nicholson’s expansive official volume pauses here, picking up the story of Canada’s war in September, upon the Corps’ movement to the Somme area of operations.  Yet, the 12-13 of June was not quite the end of things at Mount Sorrel- revealed above in Professor Cook’s use of the phrase “recaptured most of the ground lost.” (emphasis mine)

I myself had little notion of this and honestly stumbled upon it while researching something else altogether.  Understandably these ten weeks from mid-June to September are overlooked; indeed overshadowed by the shocking bloodiness of the British offensives in July; but for Captain Scott and his men about to strike out at midnight between 8-9 July, those events further south were of little consequence to them. 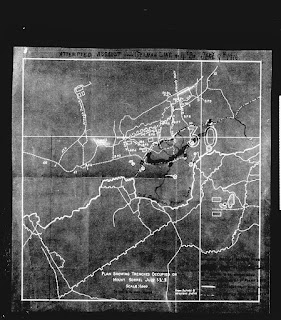 e attack the month prior- and estimates of troop strength indicated a build-up of manpower.  It was entirely possible the Germans were preparing for another push.  1st Canadian Infantry Brigade, upon the direction of 1st Canadian Division had issued orders to the unit facing this portion of the line.  “The 4th Canadian Battalion…will re-establish out position on MOUNT SORREL on the night of July 8/9 at Zero o’clock.”[7]

Major William Rae DSO, Officer Commanding 4th Battalion had placed himself well forward to observe the attack.  Just after dark, he had sent patrols out to discern the state of the enemy’s wire.  Zero hour was only moments away, and the reports were not promising.  Some small gaps had been cut, but along much of the attack’s front, the wire was mostly intact. Counterbattery fire against the Canadian gun line had reduced their capacity to commit effectively to the bombardment of German trenches. The 5th Battery, Canadian Field Artillery, although suffering no casualties or losses of guns had been hit so severely it was forced to move and did not contribute to the entire fire plan.[8]  Major Rae was faced with a difficult decision, certainly not one which is enviable.  Resigned that it was “too late to make any change in the plan,” Major Rae ordered the attack be carried out. 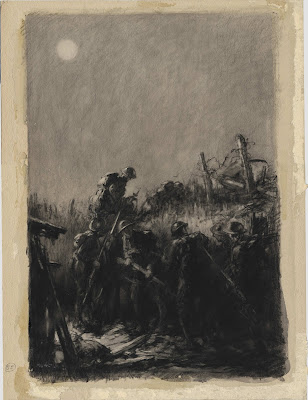 It turned out to be an impossible job.  The wire was strung in thick coils, breast high and several rows deep.  Gaps which the scouts had reported were only apparent in the forward most row, “the succeeding ones being practically intact.”  One of the first field reports taken from Major Rae’s superiors at 1st Brigade to the command at 1st Division relayed “our advance was met by heavy MG and rifle fire and bombs AAA Casualties not definitely ascertained.”[9]  Major Rae’s after-action report corroborates “Most of our casualties were due to the bombs of which the Germans threw a very large number.” Something else had gone terribly wrong, the attacking party lost a great deal of cohesion when “the leaders and most of the leading groups of the parties became casualties almost immediately.”[10]

Captain Scott was killed just moments into the attack; Lieutenant Ansley, only just arrived overseas two days prior, was lost; believed to also have been killed, though by late August was known to be a prisoner of war in German hands.  Lieutenant Greacen was terribly wounded, the second time in two months, hit several times with grenade fragments at the beginning of the attack, but rallied his men to go forward for a second attempt, refusing medical treatment until he could make his report to the CO. Company Sergeant-Major Rusk despite having a foot blown off, stayed with his men and continued to direct them throughout the attack.  Men came back to Canadian lines, in great excitement, to request more bombs in order to press the assault home.  It was of no use.  Within the first hour and a half of the operation, Major Rae “decided to discontinue the attack and consolidate our position.”

Major Rae sums up his report by stating “I consider the behaviour of the men as worthy of the highest praise….even after they discovered the nature of the obstacle confronting them, they continued their efforts to overcome it, notwithstanding their casualties.”[11]  These were: 13 killed, 22 wounded and 6 missing.  It might not seem much in a war that for British and Commonwealth forces cost an average of 1,723 casualties each day, but it illustrates that even at times considered “quiet”, periods glossed over by texts and narratives, men were putting their lives at risk, a risk sometimes forgotten when this occurs in a three month period encapsulated in the Official History by one sentence as “The Canadian Corps remained in the Ypres Salient until the beginning of September, its role ‘stationary yet aggressive.’”[12]