Men of Character and Courage 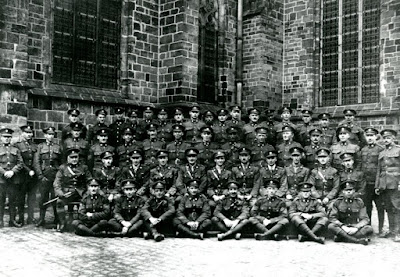 “I need gentlemen of character and courage to inspire these men to their duty as soldiers. I need smart men who can make the right decisions regardless of circumstance. Do I have one of these men standing before me, Lieutenant?” 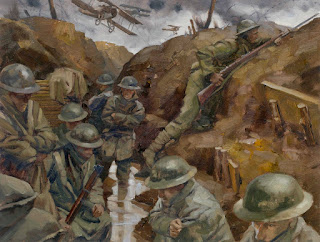 There would be nobody on their right flank; they were the end of the line.  This objective was the extreme right edge of the advance.  At the opposite end, the company from the 102nd Battalion was fortunate in that they would be moving forward to secure the left flank with positions already held.  Not so for the men of ‘B’ Company, 46th Battalion.  Their fate had placed them here- needing to take this stretch of Regina Trench at a point most likely to attract strong counter-attacks and hold it- orders were to hold at all cost[1]- while ‘D’ Company moved up and worked to extend the captured trench back to existing Canadian lines.

A staggering majority of ‘B’ Company’s compliment had never gone into battle before, and that included two of the three officers who had been selected to lead it.  The company’s other officers, some NCO’s and ordinary soldiers had been purposefully held back- “left out of battle” was the phrase- in order to preserve structure should the attack prove disastrously costly.  For the men going forward, they would have to have implicit trust, bordering on faith, in leadership that knew not much more than what they did about what to expect.  Lieutenants Lowe, Dewar and Copp were placed in a position of enormous responsibility.  They had to complete the task given to ‘B’ Company in such a way as to be worthy of their men’s blind trust with the knowledge that any failure would weigh heavier upon them than anyone else.  All of this was theirs to take upon, without any greater understanding of what to expect then had the men they were meant to lead.

The opening quote, taken from Chapter V of my novel “Killing is a Sin” describes in fiction the actual dilemma facing Battalion commanders such as Colonel Sinclair would face in reality.  Building an army from near nothing would be one accomplishment for Canada.  Finding “men of character and courage” to lead it would be another.  For our posterity, it is fortunate that such men- men such as Lowe, Dewar and Copp- were present to fill this need.

Each of the three officers with ‘B’ Company on the night of the attack had at least some pre-war experience.  Lowe and Copp with two and three years in the Active Militia respectively.  Dewar, a Scot by birth had been five years with the King’s Own Scottish Borderers.

Lt. Dewar had been with the CEF the longest.  He’d joined as a private soldier at the outset of war and shipped out with the First Contingent in October, 1914.  Illness, in particular a hernia, delayed his deployment to France.  He would remain in England, assigned to training depots and accelerating through non-commissioned appointments; becoming a Company Sergeant-Major a short while before being granted a commission and an assignment to active duty with the 46th Battalion prior to its embarkation to France in September 1916.  Although Lt. Dewar was the longest serving, his commission came later than Lt. Lowe’s, who would be placed in command of ‘B’ Company.  Perhaps this longevity in service was the consideration to place Dewar with the responsibility of establishing ‘B’ Company’s forward blocking post. 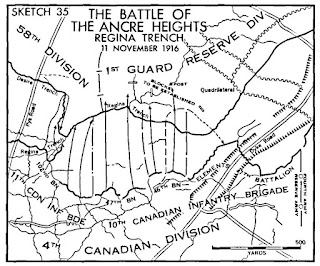 What ‘B’ Company had been asked to accomplish was quite daring.  It was a night attack, with the company spaced in four waves of a platoon each.  The men would have to cross no-man’s land undetected by the enemy and as close as possible to the covering barrage.  That they were able to accomplish this, a complex manoeuvre with precise coordination with artillery they could neither see nor communicate with directly with having made all preparations to do so within the seven hours between final orders and Zero-hour bears a good deal of reflection.  Even if things were to go without a hitch, such an endeavour’s chance of success was reliant completely on the officers leading the attack, the NCO’s marshalling the men and the level of proficiency attained by the rank and file in all the moments which had brought them all to this point.

As it was, not everything went without a hitch.  It is, in fact, when things don’t go to plan that real leadership is tested.  When the barrage lifted at nine minutes past Zero[2] “it was not concentrated over a sufficiently narrow area to allow of the attacking party of entering the objective.”[3]  Jumping off right then put the men to risk of falling under their own barrage; while waiting a further five minutes[4] gave the Germans defending Regina Trench that much time to recover and prepare to receive the attack.  Having the men wait was one thing; hesitating in making a decision in either case was another thing altogether.

“They therefore waited for the next lift,” it was later reported, and as expected this delay worked in favour of the defenders.  “Parties of the enemy put up a strong resistance.”[5]

Lt. Lowe’s presence was later praised by his C.O. Lt. Col Dawson as being instrumental to the success of this part of the attack.  Lowe “so animated his men,” Dawson would write, that the position captured “was quickly placed in a state of defence.”  Lowe’s constancy throughout the unfolding day “displayed a magnificent spirit of bravery and coolness under fire.”[6] Lt. Lowe would be awarded the Military Cross for his efforts.[7]

Lt. Dewar, the ex-Borderer quickly established his outpost as consolidation began, and prudently shifted it closer to the trench lines when it was apparent that artillery fire was dropping too short.  Dewar himself caught a piece of shrapnel and was shortly afterward evacuated.  He would not return to the front, remaining with a training unit in England after convalescing from his wound.  Lt. Lowe would also be taken out of the line the following month, due to chronic appendicitis.

By year’s end, only Lt. Copp remained of the three ‘B’ Company officers who went forward on that night.  He would be wounded the following spring in the weeks after Vimy Ridge; but not before earning the Military Cross himself.  “In spite of heavy fire,” his citation reads, “he supervised the establishment of posts, and later seized advanced ground which he held with great determination.”[8]  Like Lt. Dewar, Copp would not return to action after recovering. 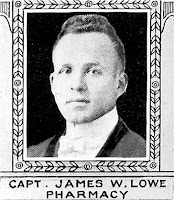 Lowe, however, would come back to the 46th Battalion, his appendix no longer a concern, sporting his MC and a deserving promotion to Captain in time to take part in operations at Vimy.  Captain Lowe continued to display the qualities which inspired those he led to follow him.  That August, “Captain Lowe and a bombing party raided an enemy M.G. emplacement…and succeeded in securing 14 prisoners.”[9]  His conspicuous leadership was, ironically, his undoing.  The Battalion’s War Diary concludes on 22 August 1917 with the entry “Captain Lowe was sniped during this raid.”