We Stand on Guard for Thee

It has been a difficult week in Canada.  Two separate attacks have left two members of our armed forces dead and a country in shock.

I’ve spent quite a lot of time in trying to figure out how my voice, within this space might make an appropriate tribute to the sacrifice WO Vincent and Cpl Cirillo made.  Perhaps it is best to help understand the significance of where Cpl Cirillo had been performing his duty, as an Honour Guard at our Monument to the First World War’s Tomb of the Unknown Soldier. 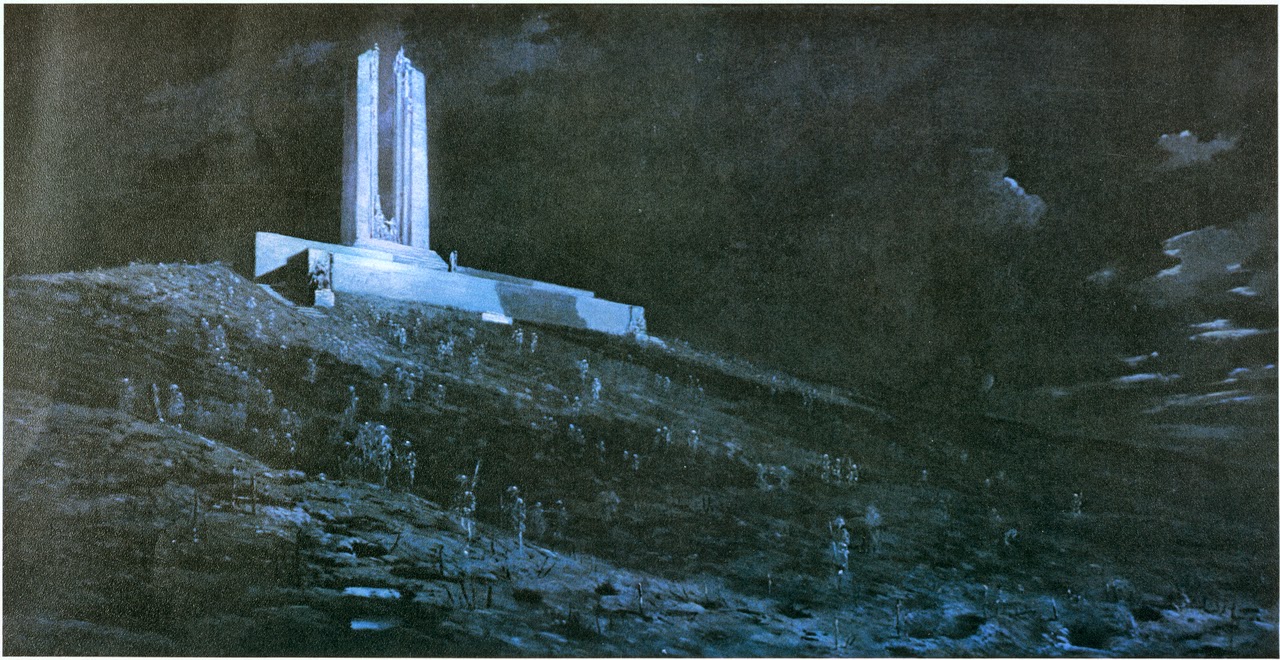 other.  Industrialisation dictated the scale and the method by which the war was fought.  Death was essentially manufactured and delivered by the benefits of what had been, until then, a benevolent development which had promised so much for the positive advancement of mankind.  That so many were killed and wounded in such a conflict was shocking, but if regarded objectively against numbers of people involved overall with the methods and machines employed on the battlefield, not surprising.  What remains such, even one hundred years on is the outstanding numbers, from all nations, who are still counted as “missing” or graves which are “unknown.”  Historian and author, Norm Christie, speaking at a recent First World War Symposium in Toronto reminded his audience that “of 70,000 Commonwealth deaths, half have no known grave, and a quarter of that number have not been found.” Part of the melancholy of World War One may not lie in the broader ideals of an inconclusive conflict, but perhaps within the lives of those touched by an individual inconclusive fate.[1] That figure indicates 87,500 individuals who’s final resting place is not identified.

The chief cause of casualties in the war was artillery.  In the siege atmosphere of the Western Front, big guns were used to destroy defenses, give cover to the infantry and silence enemy artillery in “counter-battery” fire.  Large shells made to burst overhead to distribute fragments or use the concussive force of high explosive do not create antiseptic casualties.  Quite often, men were obliterated.  These soldiers became missing not because know one knew where they were, but because their bodies no longer existed in any recognisable sense.

Adding to this is the need -both pressing and humanly towards our sympathy and reverence for our dead and practicalities involving hygiene and morale- to bury the dead as soon as situationally possible.  With the static nature of the war, and the speed of which these burials were made, often the battle would revisit these sites, churning and disinterring these hasty graves; or burial sites themselves would become lost.  Mr Christie’s “latest project is the investigation of and search for a burial plot, designated as CA40. It is known to be the last resting place of 44 individuals of the 16th Bn (Canadian Scottish). The exact location having been lost over time, it is believed to be a mass grave made from a mine crater in no man’s land somewhere in the Vimy area of operations. With adequate funding the possibility of surveying with ground penetrating radar might provide the exact location, probably at a depth of 7-10 metres.”[2]

All of the missing was to leave an immense sentiment of a lack of closure.  This need eventually became intrinsically linked with the body created first to establish permanent grave sites for the war dead.  The Commonwealth War Graves Commission (CWGC) was established by Royal Charter in May, 1917 (initially as the Imperial War Graves Commission).  By 1918 its members had identified 587,000 graves and determined a further 559,000 dead with no known grave.[3]Their service continues today, as illustrated by the mission statement posted on their website:  “The Commonwealth War Graves Commission ensures that 1.7 million people who died in the two world wars will never be forgotten. We care for cemeteries and 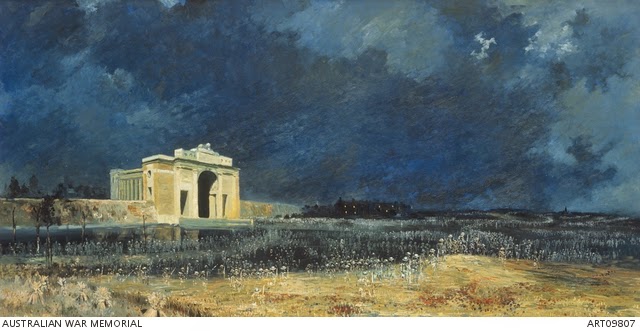 memorials at 23,000 locations, in 153 countries. Our values and aims, laid out in 1917, are as relevant now as they were almost 100 years ago.”[4] Part of this manifesto is that every individual be remembered, regardless of their status of having an identified burial or not.  In the decade following the war, great monuments would be erected to the missing, each one differing in style but including a common theme- the engraved names of those still not found. At the dedication of the Menin Gate Memorial Field Marshal Lord Plumer said: "He is not missing, he is here.”[5] The Memorial bears the “names of more than 54,000 officers and men, including almost 7,000 Canadians and 6,000 Australians.... Some of these men may still lie where they fell in what was once a battlefield a century ago.”[6]

Even before this occurred, there was felt a need, even if it were mostly symbolic, to alleviate the sense of unrecovered loss.  A clergyman deeply affected by an anonymous grave began to push for the notion of a formal interring of an unidentified body to represent all who shared this fate. “A chaplain at the Front, the Reverend David Railton (1884-1955), when he noticed in 1916 in a back garden at Armentières, a grave with a rough cross on which were pencilled the words ‘An Unknown British Soldier.’ In August 1920 he wrote to the Dean of Westminster, Herbert Ryle, through whose energies this memorial was carried into effect.”[7]

This notion was carried on by other countries wishing to make a similar tribute.  Canada was no exception to this, selecting one of the 1,603 graves of unknown Canadians buried in the vicinity of Vimy Ridge.  “In May 2000, the remains of an unidentified Canadian soldier who died in the First World War were repatriated from France and, with great ceremony, were buried in a special tomb in front of the National War Memorial in Ottawa”[8]

“The Tomb of the Unknown Soldier was created to honour the more than 116,000 Canadians who sacrificed their lives in the cause of peace and freedom. Furthermore, the Unknown Soldier represents all Canadians, whether they be navy, army, air force or merchant marine, who died or may die for their country in all conflicts - past, present, and future.”[9]  Which means that Cpl Cirillo, in performing his duty was doing so in honour of WO Vincent who had been killed earlier in the week.  Now as we go forward, Cpl Cirillo himself is honoured by those who continue to stand where he was.  Let it ever be so.