Attempting the Impossible With Nothing

“It was now getting on to 3 p.m. and things were getting rather desperate.”
-3rd (Toronto) Battalion War Diary, 8 October 1916 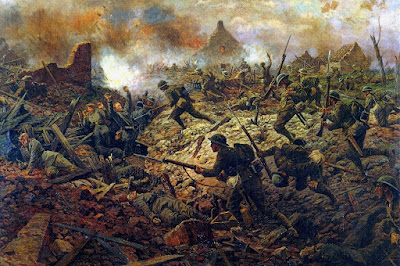 It had been about half an hour since Lance Corporal Durbin, at great risk to himself had volunteered to dispatch through the gauntlet of shellfire enveloping no-man’s land with an urgent plea for 3rd Battalion Headquarters.  The attack, which had begun so well was now in danger of being turned out completely.  German troops had overwhelmed the Toronto men, pushing them in succession from the second, and just now, the first objective lines.  What remained of the 3rd Battalion’s right echelon, a mere handful with a spattering of 4th Battalion men mixed in were loosely grouped in the shell holes along the frontage of the line from which they’d just been ejected.  Once the enemy could make sense of how delicate the situation was, they would surge right over the Canadians and be able to sweep clear almost all the way back to Courcelette.

There was no way to know if Durbin had made it back, if he’d been able to deliver the message to Major Yates, or for that matter, if the Major would be able to do anything to help.  Those at the tip of the spear could only rely on what they had if they were to prevent a failed assault becoming a rout.

“Who’s here with me?” a voice called out.  It was Lieutenant Chatterton, the only officer from ‘D’ Company- one of only two officers of the 14 who went forward that morning[1]- left standing.  Strained voices from the pockets and folds of the ragged ground answered back. 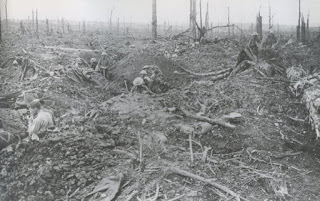 Nearly ten hours before, the assault had begun with decidedly mixed results.  On the 3rd Battalion’s right, the 4th (Central Ontario) Battalion had fought through to their objective, a confluence of perpendicular trench-lines known as the “Quadrilateral” with very little difficulty.  The 3rd had much the same experience.  Within the first hour of the operation, the assaulting companies were consolidating the first and second objective lines and “the first two hours after taking our objective was fairly quiet.”[2]  They were in touch with the 4th on their right, and elements of the 16th (Canadian Scottish) Battalion on their left.

Gaining the German trench had been much more harrowing for the Can Scots.  Wire entanglements, left unmolested by preparatory artillery, or having been repaired where damaged stalled the advance, forcing the men to bunch and crowd up seeking passable defiles; making generous targets of themselves for pre-sited machine guns and precisely concentrated rifle fire.  This “caused heavy casualties and demoralised the formation.”[3]  One of the men there, who’d had to beg permission from the battalion commander to go forward as he was technically a non-combatant, grasped his shining moment.  James Cleland Richardson, not yet twenty-one years of age, a piper from Bell’s Hill, Lanarkshire “strode up and down outside the wire, playing his pipes with the greatest coolness.  The effect was instantaneous….the company rushed the wire with such fury and determination that the obstacle was overcome and the position captured.”[4]  Richardson’s courage would be recognised with a Victoria Cross, which would be awarded posthumously.  Richardson, escorting wounded and prisoners rearward, “remembered that he had left his pipes behind.  Although strongly encouraged not to do so, he insisted on returning to recover his pipes.  He has never been seen since and death has been presumed.”  His pipes would be found by a British Chaplain in 1917, and remained at a prep school in Scotland until they were identified and repatriated to Canada in 2006.  They are on display at the British Columbia Legislature Building.[5]

The 13th (Royal Highlanders of Canada) Battalion, on the left flank of the 16th, had an even worse time, being forced back to their starting positions without gaining any portion of the German trench.  A message received at 1st Canadian Division HQ “definitely ascertained that the 13th Battalion did not gain their objective….Casualties were exceedingly heavy and so far no Officer who went forward had been accounted for.”[6]  Failure here was critical as the 13th represented the left edge of the 1st Division.  Their retirement created an indefensible gap, a length of trenches filled with German Marines, between 1st and 2nd Canadian Divisions.  It did not take long for the enemy to begin counterattacking laterally along the trenches to oust the Canadians whose hold on the line was fragile to begin with. 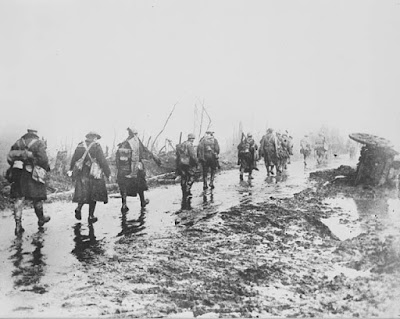 General Sir Douglas Haig, the British Commander-in-Chief believed that the campaign at the Somme, now in its fifth month had so reduced and worn down German fighting strength that beyond their present line, they had very little in the way of prepared defenses.  Delay on Haig’s part in pursuing the offensive would only work to his enemy’s advantage.  A dedicated, wide-scale attack could pierce these last fortifications and deal a winning blow.  It had to be done quickly and comprehensively.  This meant starting positions must be firmly held and in line with flanking units across the frontage of attack as early as could be managed.  For the Canadians, this meant gaining and control of Regina Trench.[7]  “The powerful Regina Trench system ran the entire length of the Canadian front- more than 3 000 metres- and it had withstood all previous assaults.”[8]

An attempt was made in the afternoon of 1 October.  Two brigades of the 2nd Canadian Division and one brigade of the 3rd surged forward only to encounter an impossible situation.  Artillery had not destroyed the German wire; avenues of approach were overwatched by machine gun emplacements with intersecting fields of fire and the trenches themselves were held in force with fresh, determined troops.  The attack was a costly failure, but due to the grand nature of Haig’s offensive planning, the Corps would have to make another attempt at the soonest opportunity.  Weather of consecutive heavy, wet days would frustrate expedience and afford the enemy a respite.  Roads quickly became swamped and sufficient ammunition could not be delivered to the artillery.  “Rain fell again on October 5, 6 and 7, preventing the Royal Flying Corps observers from acting as spotters for the British Artillery.  The ground became impassible for any sustained infantry assault.”[9]  A slight break in the weather over the afternoon of the 7th had to be made use of as the planned start of the general offensive was less than a week off.  Regina Trench must fall. 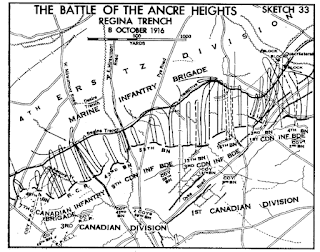 Ten minutes before five o’clock in the morning of 8 October, four brigades of the 3rd and 1st Canadian Divisions advanced in serried company-sized waves, only to find that, again, “in many sectors…the preliminary British artillery had failed to cut the German wire.”[10]  Only in isolated spots, mainly on the right flank, was any progress made.  A hard fight to get to the objective, however, left too few men to hold against a counterattack, the bombs and ammunition expended in taking the lines now meant these vital resources were in too short a supply to make any stand of defense.  Reinforcements and resupply could not be brought up across the deadly ground of no-man’s land in broad daylight.  The only means of retaining these meager gains was to keep fighting in the vain hope that help could be brought forward after sundown.

They had to of known that expectation was a strain of even the broadest optimism, but the men left with Lt. Chatterton, less than one hundred remaining of the 481[11] who had begun the day rallied in their shell holes and rushed the trench again with little more than cold steel.  “Our bombs and (ammunition) were completely exhausted, all the Lewis guns but one had been destroyed and this one was out of ammunition.  A retirement was inevitable.  The men were fighting with their fists.”[12]  Lt. Chatterton, already seriously wounded during the bayonet charge was still inspiring his men in the fight when he was felled by a sniper.  It was a hopeless situation.  Once again, the enemy trench was forfeited and what remained of the battalion put up a fighting retreat all the way back to the jumping-off trenches.

Dirty, tired and without the basest materials to defend themselves, they nevertheless resolved “to make a further stand”[13] on this sparse line.  Giving the enemy such a hard fight, which had been the case along most of the frontage may not have won the objective, but had so wearied the enemy that the Marinier lacked the desire to follow through with what might have been a decisive blow against the Canadians, which in turn would have put the Allied position in serious jeopardy.  Regina Trench may still have belonged to Germany, but at least Canada maintained hold of the ground they had prised from their enemy since arriving at the Somme in September.[i] 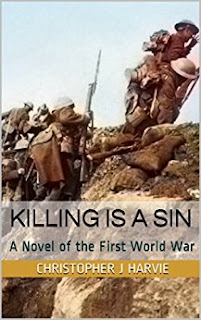