The Somme: A Post-Mortem 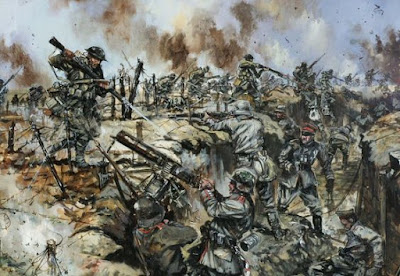 Time was wearing thin and the weather more constantly vile.  If the Somme battle was to achieve a final overwhelming success, it would have to come soon, or not at all.  On the 25th of October, 1916, the 4th Canadian Division, on loan to II (British) Corps to gain combat experience committed elements of the 10th Canadian Infantry Brigade to a minor operation against portions of Regina Trench opposite their line.  A few days prior, the 11th Brigade, on 10 Bde.’s left lad put on a resoundingly successful attack on the western edge of Regina Trench, and now the 10th Bde needed to shore up.

Weather had been a contributing factor for 11 Bde.  Days of cold and dreary rain grounded observer 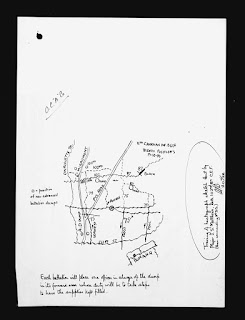 aircraft and saturated the ground rendering any prospective advance blind and lame.  This had delayed the start for two twenty-four hour postponements.  Damp had further eroded the conditions of the trenches and forty-eight more hours of artillery was enough to destroy the wire which had so frustrated the earlier assaults.  “Assisted by an excellent artillery preparation and barrage, our infantry carried the whole of their objectives very quickly and with remarkably little loss.”[1] 11 Bde.’s assaulting battalions, the 87th and 102nd met uncharacteristically spotty resistance.  Men from the 3rd Reserve Ersatz Regiment “mostly recruits” were quick to surrender.  These prisoners had been “only five days on (the) Somme front,” their morale was notably low.  “Want peace,” says the 11th Brigade’s report.[2]

Counterattacks over these captured gains were more typically determined and frequent.  It was defending against these attempts which created the majority of the casualties for the 87th and 102nd.  It also leant to a greater readiness in the portions of Regina Trench still in German hands.  Thus, the 10th Brigade’s effort on the 25th, in a single battalion assault was a disappointing and costly failure.  “The 44th Bn. minor operation,” the after action report states, “was not successful.  The barrage was insufficient & the Bn. met with great opposition, making it impossible to go forward.”[3]  It cost the 44th Battalion 40 dead, 132 wounded and 26 missing within a few hours’ action.[4]

I ended my last post with an excerpt from the first chapter of “Killing is a Sin” which described an attack much like those which had occurred with the untested units of the 4th Canadian Division.  The fictional assault at “Spoon Farm” echoes the actual unpreparedness of officers and men in battle for the first time and that the fine edge between success and failure is found in how such a deficit of preparation is overcome.  It is a theme which strikes at the heart of the history of the Battle of the Somme.

Very little captures the notion of the Great War’s futility than does the Somme.  Much of that has to do with the battle concluding not with an appreciable victory; an obvious strategic triumph, but rather that nothing more could be hoped to be gained as weather grew worse.  Nearly five months of consistent effort- at many intervals successive efforts against the same objectives- had come down to gaining the most advantageous position from which offensives could resume in 1917. 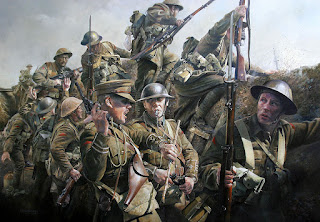 Admittedly, it can be heartbreaking to think that for each square mile gained in the Somme campaign, British and Empire forces suffered 44,000 casualties.  However, this figure- only an approximation- used to drive home the point of excessive human cost made for small territorial gains often is presented without the mention of its corollary. The Germans lost an estimated 40,000 casualties for each square mile they were forced to cede, not to mention materiel expended, captured or destroyed which their industrial output could not hope to replace at the same rate the Allies could make good these losses.  Which brings up the point that the Battle of the Somme was largely not about territorial gain.

The official despatches of Sir Douglas Haig make it plain that “Verdun had been relieved; the main German forces had been held on the Western Front; and the enemy’s strength had been considerably worn down.”[5]

Drawing his thorough examination to a close, William Philpott agrees that the Somme was “the decisive victory of the attritional was of which it was the centrepiece: a moral victory based on growing materiel predominance and improving tactical and operational ability.”[6]  He goes on to say: “It is perhaps surprising that an event that changed so much has come down to posterity as an indecisive, futile encounter.”[7]

Perhaps that has much to do with one of the most influential early histories of the war, written by an English officer who had seen it first hand and made no disguise of his disenchantment in his volume on the Great War.  Sir Basil Liddell Hart writes that the Battle of the Somme “closed in an atmosphere of disappointment, and with such a strain on British forces that the coincidental strain on the enemy was obscured.”[8]

Brigadier Allan Mallinson, in his recent History Today article “The Permanent Stain of the Somme” attempts to straddle the divide of how to define the battle by declaring “the Somme was not futile,” while arguing that the battle itself was not even necessary.  It would have been far better, he posits, if the untested regiments of the New Armies would have taken over “more of the Allied line” to free up French units and allocating “heavy artillery and aircraft to Verdun” rather than mounting a broad offensive at the Somme to affect Verdun’s relief.  With respect to the Brigadier, his assessment is fundamentally incorrect.  Retaining the New Armies as a defensive force would have only exchanged British lives for French; the strategic consequences of such being the hastened collapse of French morale.  Most importantly, such an avoidance would have left the British Army still largely offensively inexperienced.  This delay could have had a direr outcome than as actually occurred.  Without the adjustments to tactics that the Somme helped set in motion, this novice force, when committed to battle would have been contending with a German doctrine evolved from their experiences in 1916; creating the potential of a greater disaster in human cost at a more critical juncture of the war.  Casualties may be lamented and desirably avoided, but wars are only won by closing with and destroying the enemy.  Inarguably, the time for British forces to do so was both where and when they actually committed to battle at the Somme.

Liddell Hart’s notion of a “dealer’s push” and Brigadier Mallinson’s theory of possible avoidance both fail to recognise one of the most critical elements of the battle.

This was the gain of what could be learned from the Somme in an immediate sense of applicable tactical doctrine.  Any or all of General Haig’s above stated objectives had very little bearing on the outlook of those men more intimately acquainted with the fighting.  For these men, taking account of what had worked and what had failed over the months of the campaign and incorporating those lessons into proactive changes would become a large part of subsequent successes, including, most notably for Canada, Vimy Ridge.  In my story, while waiting for Zero-hour at Vimy, Felix sums up this experience in telling Lt. Thorncliffe: “Spoon Farm was a while ago, Sir.  I can’t guarantee we’ll know what to do; but we sure as Hell know what not to do.” 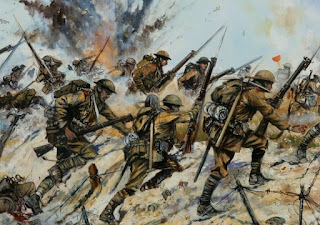 From a modern point of view it may seem the Battle of the Somme generated excessive casualties to no tangible purpose.  As a battle of attrition, not one of territorial gain, the success of the Somme is more measurable, but only marginally so. If viewed as a critical campaign to develop proficiency and foster an evolution of arms, the Somme is responsible for the Allied victory as no other.  To regard it as less than that; to relegate the battle as “futile” devalues the sacrifice of life and blood given at the Somme which in no small way contributed to winning the war.