As some of you may know, I was fortunate enough to have been invited to give a lecture at a recent meeting of the Canadian Federation of University Women in Mississauga. I'm thrilled to report that the evening was splendid, and my talk was very well received.  In light of that, I'm presenting today an abridged version of the subject I spoke upon, the notion of total war, and how it benefited Canada's social development. 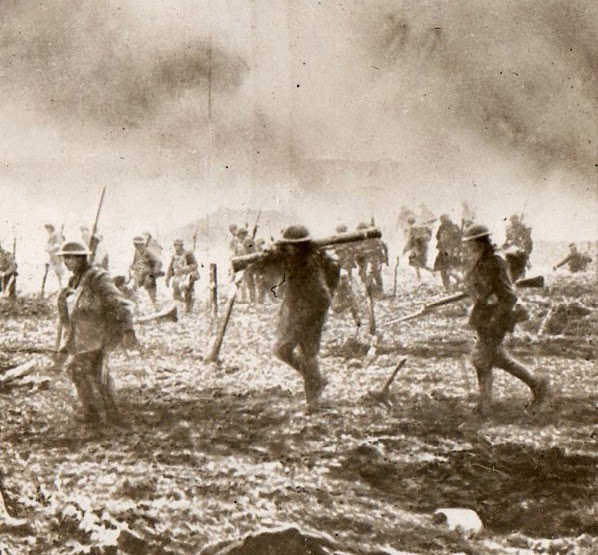 the war, and thus how those people affected change in the post-war era, it is important to be familiar with the type of war it was.  This first major conflict of the 20th Century would become the first large scale “total war.”  Total war describes a conflict in which all factors for victory- the tactical (i.e. the battlefield) and strategic (a nation’s ability to support its overall war effort) are combined, requiring participation of the civil population as well as the military.[1]

It would be the Industrial Revolution which would enable the conditions that define total war.  Increased capacity for production and improvements in transportation not only increase availability and access to consumer goods; these also provide the means to produce in a large capacity for military purposes, and allow for the efficient transportation of mass armies.  The term “total war” itself and as a defined concept were not applied until after the experience of World War One.[2]  This may be due to the notion contemporary at the time that such a war would not be possible.  Ironically, the very things- advances in manufacturing, engineering and transportation- which would facilitate the waging of a total war were initially seen as the advantages necessary to wage a successful “limited war”; the antithesis of total war.  Namely, putting a large, overwhelming military force into the battlefield more quickly than an adversary would be capable of, and therefore bringing any conflict to a quick conclusion, with little collateral loss and thus demand for only minor concession from victor to vanquished.

The one problem with waging the First World War as a quick and limited campaign was that neither side had a clear advantage.  In terms of military strength, the Entente had a 1.28:1 advantage over the Central Powers.  Historian Paul Kennedy took comparative statistics[3] to formulate a “Measure of Industrial Potential.” Using Kennedy’s model it’s found there’s an industrial advantage of 1.5:1 of the Entente over the Central Powers.[4] While these advantages may seem clear, they are by a far margin away from being the military ideal of tactical advantage which is, even today, 3:1.  The closeness of military and industrial strength indicate two things- why the war maintained a sense of stalemate so quickly and for so long; and why, in order to continue the war to a satisfactory conclusion, the elements necessary to define a “total war” are put in place.  Those elements, according to economists Engerman and Gallman, are within three qualifying questions.[5]

On both sides armies in the strength of millions of men are raised, trained and equipped- seeking a numerical advantage on the battlefield.  This in turn requires the economy and industry to increase output to sustain such a large effort, drawing upon a large demand for civil participation.

First, it is to break the deadlock of trench warfare.  With resources in men and materiel so evenly matched this proves difficult and costly, with wastages needing to be replaced in order to continue this aim.
Also it’s attempting to gain an advantage beyond the fighting front.  In following the German notion of “Materlialschlacht” (battle of material) “The objective is to defeat the enemy by means of quantitative and/or qualitative superiority,”[6] this means not only out-producing the enemy, but taking direct action against the enemy’s ability to produce.  During the war, the Royal Navy puts a strong blockade in effect against German ports, preventing import of raw materials while Germany directly attacks shipping intended for the UK in a similar purpose.  Neither is entirely effective, but shortages on the homefront, particularly in foodstuffs begin to involve the civil population to the suffering of war.

In total war, this includes the right to “reshape dramatically the future of the opponent if victory is won.”[7]  As the war drags on and the cost, particularly the human cost, becomes ever higher, the only resolution envisioned by those effected by the war, (which, due to the fulfillment of the first two questions now involves both the military and civil population) is one in which the justification for the high cost is a complete capitulation of the enemy and to be in such a position to dictate the terms of defeat, especially towards imposing large restitutions.

With these checks in place, it becomes clear that the First World War, while not begun as such but by the nature of having no clear advantage to either side developed into a total war. 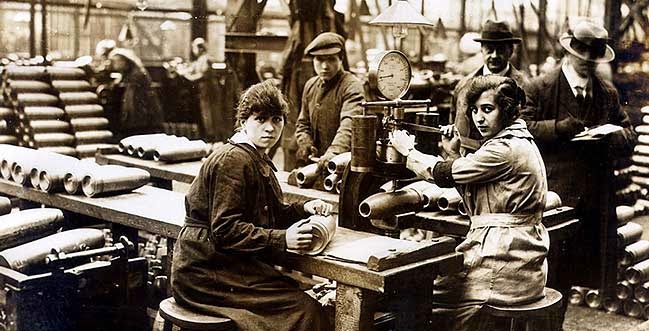 Total war is ravenous.  This increase in demand for production, balanced against the need for men to participate in the military pursuit of the war created a profound shift in the demographics of the civil workforce.  “Canadian women (formed) the "Suffragists' War Auxiliary", designed to provide women to do the jobs of men to free them up for overseas duty. Over 30,000 women worked in munitions factories, more than 5,000 were employed in the civil service, thousands more worked in banks, offices, factories, and on farms.” [8]

Participation in the war effort for non-combatants, went beyond those on the farm or factory floor. Great numbers volunteered to provide for the soldiers overseas in a more direct way, through the YMCA, or the Salvation Army who established rest camps and ‘canteens’ for soldiers behind the lines on the Western Front.  Additionally, “Over 3000 (women) received training with the Voluntary Aid Detachment, Red Cross 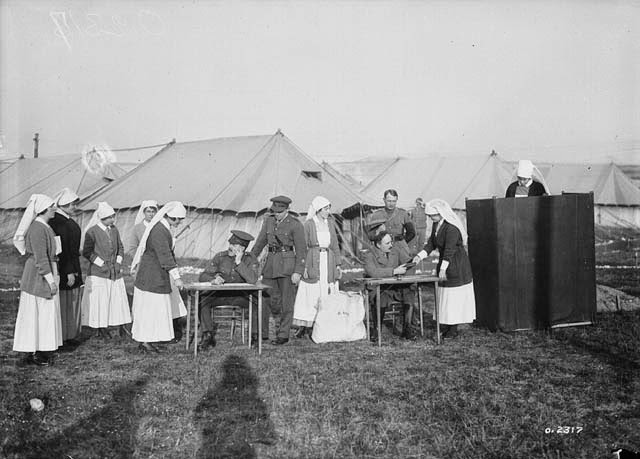 , and St. John Ambulance, and served as nursing sisters in the war, 33 losing their lives and 200 receiving medals for their bravery.” [9]

This investment of effort, money and lives would be a large part of what inspired the social changes that became part of the post war world. Within these were the “promises of the Great War for real democracy, fair wages, social justice and change in favour of the majority of people.”[10]  None of this had been predicted as the outcome.  In 1914, the war had been seen as a preservation of society established as it was.  At the beginning of the war, it was understood that “The war would be won…if all Canadians ‘did their bit.’  Men, women and children would, of course, do their best ‘bit’ if they performed in their own spheres.”[11] The scale of the conflict prevented from this status quo from being maintained.

Part of that shift was within a large part of the population which would be heard for the first time.  To secure a majority government, and thus the ability to ensure the Military Service Act would remain in place, special voting privileges would be enacted.  Prime Minister Sir Robert Borden had said "Our first duty is to win at any cost the coming election so that we may continue to do our part in winning the war and that Canada be not disgraced." On September 20, 1917, Parliament adopted not one, but two election acts, though Borden had to use closure to push them through. 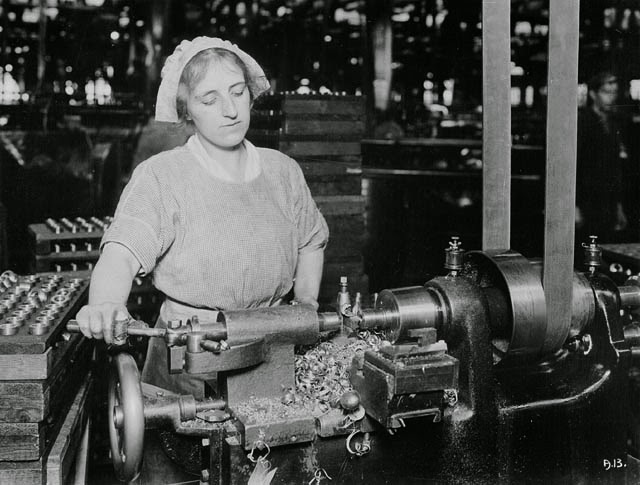 The Military Voters Act extended the franchise to any member of the Canadian military, regardless of residence prior to the war.  This greatly increased the possible number of votes the Conservatives might receive.  By its broad definitions the MVA also enfranchised the 2,000 Canadian women serving as nurses overseas, making them the first Canadian women eligible to vote in a federal election.  The second act, the War-Time Elections Act “had a dual purpose: to increase the number of electors favourable to the government in power and decrease the number of electors unfavourable to it. The law conferred the right to vote on the spouses, widows, mothers, sisters and daughters of any persons, male or female, living or dead, who were serving or had served in the Canadian forces, provided they met the age, nationality and residency requirements for electors in their respective provinces or Yukon.”  It also restricted the franchise of those who by birth or descent had ties to enemy countries, conscientious objectors and others who were found to have violated the Military Service Act of 1917. [12]

These Acts were a surprising step forward and were seen as a victory to the suffragist movement.  Once something had been permitted, even as an emergency measure or for an ulterior purpose, it would be hard to argue against full enfranchisement for women in the future.

This may have reflected well in a large sense, but it does little to give insight to how women were making changes within society.  Professor Susan Grayzel states: “Cultural change may be the hardest to gauge. Certain norms of Western middle-class femininity all but disappeared, and women’s visible appearance before 1914 and after 1918 markedly differed....but expectations about family and domestic life as the main concern of women remained unaltered.”[13] 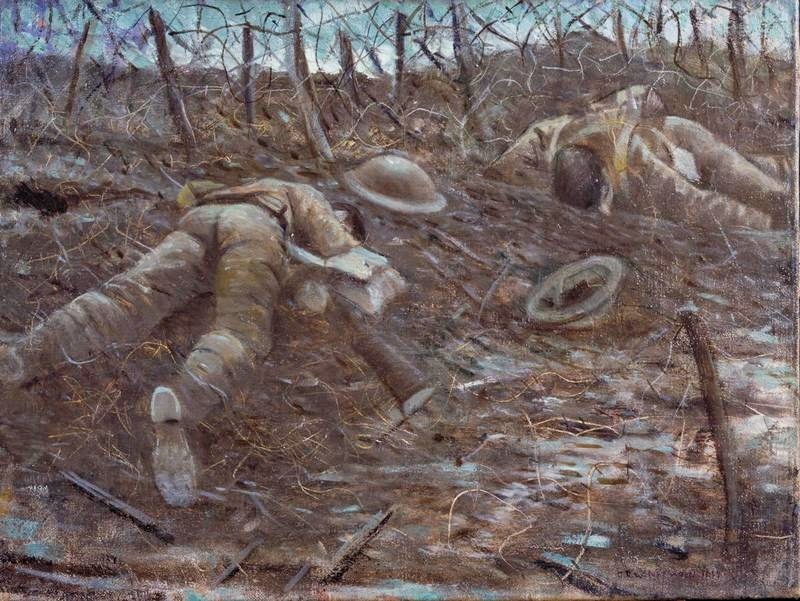 What seems to be not often understood is that the war wasn’t entirely futile and the results of the conflict were in some regards to the benefit of advancing society.  If the cultural and historical significance of an event is not fully understood, it makes little sense to place an effort on commemorating it.  We are obliged to take the lessons of these consequences as a clear understanding of cause and effect and apply them as objects in investigating where humanity stands today.