On Wednesday, January 28th, Bell Canada once again is holding their “Let’s Talk” event, encouraging a more open dialogue about and hopefully reducing the stigma of mental illness.  This is an incredibly important effort which involves the entire population generally and the military community specifically.  Not only is the state of mental health amongst veterans a legitimate concern and a recurring issue, the military itself has been a force of positive change in the development of the field of mental health.  Much of that, in fact, has come as a direct result of the experiences within WWI.

I’ve touched on this subject previously in an essay examining the occurrence of “shell shock” during the war.  It can be found at the University of Oxford’s WWI Centenary Project.  It is not my intent to restate the nature of that piece here.  Rather, I aim to take a wider view on the state of our current understanding of mental illness, and how a terrible event in human history helped to get that understanding to where it is now. 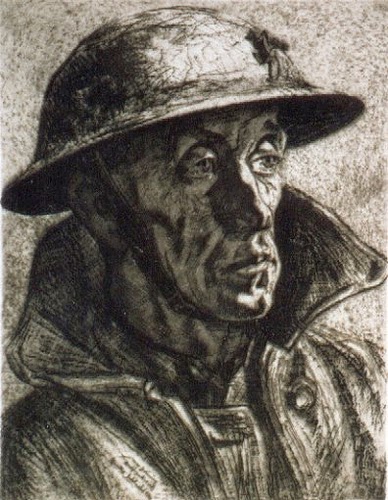 other disciplines.  In fact, it has been less than two hundred years since it became a realisation that the mentally ill could benefit from any form of treatment.  Prior to this, it was the practice to segregate suffers for the well being of society rather than concern for the patient.  Asylums where people were habitually restrained cut off from human interaction and treated much like animals was the common practice until the introduction of “moral treatment” in the early 19th Century.  The theory of moral treatment was developed by an early pioneer in mental health advocacy, a layman English Quaker named William Tuke.  Tuke established the Retreat at York, a private hospital in which his philosophy of humane treatment began a progression towards the idea that mental illness can be addressed and its symptoms diminished.  This idea, “the superiority of kindness and judicious treatment over chains and stripes…commenced in that marked amelioration of the condition of the insane.”[1]

There was, perhaps, a lot more to be understood of psychological conditions, and moral treatment was a good starting point.  A great increase of occurrences of neurological disorders among a nominally healthy population could only serve to accelerate this progressive development.  World War One would produce such conditions.  Dr. Stepasky illustrates a particular irony of war- “Out of human destructiveness emerge potent new strategies of protection, remediation, and self preservation.”[2] The notion is entirely true of medicine as a whole within the history of conflict, but reflects particularly to WWI in the case of mental health.

One of the main realisations to come about from the war was that of distinguishing between psychosis and neurosis.   “Although there is a minor rise in the psychosis rate during any war, a major increase in the incidence of neurotic disorders was observed, starting with World War I.”[3] A post war assessment by the US Army concluded “Rates of hospitalization for mental disorders in Army personnel…ranged from 11 to 12 per 1,000 men per year….The incidence of psychotic disorders during this period was from 2 to 3 per 1,000 per annum.”[4]  It also became more understood that aspects of character had little to do with susceptibility. In the official War Office report commissioned after the war on shell shock, British Army historian, the Honourable John Fortesque mentions in particular “my brother, Brigadier General Charles Fortesque, had, in his column in South Africa a Canadian officer who was a proverb of daring; but even this officer broke down for the time after every enterprise of any continuance and needed a fortnight’s rest to restore him.”[5] Prevailing wisdom held that it was not the person, but the exposure to extreme situation which caused neuroses “Like clothes increasingly worn threadbare until they finally ripped…soldiers were steadily worn down to the point where the slow descent into breakdown was accelerated by a traumatic event.”[6] 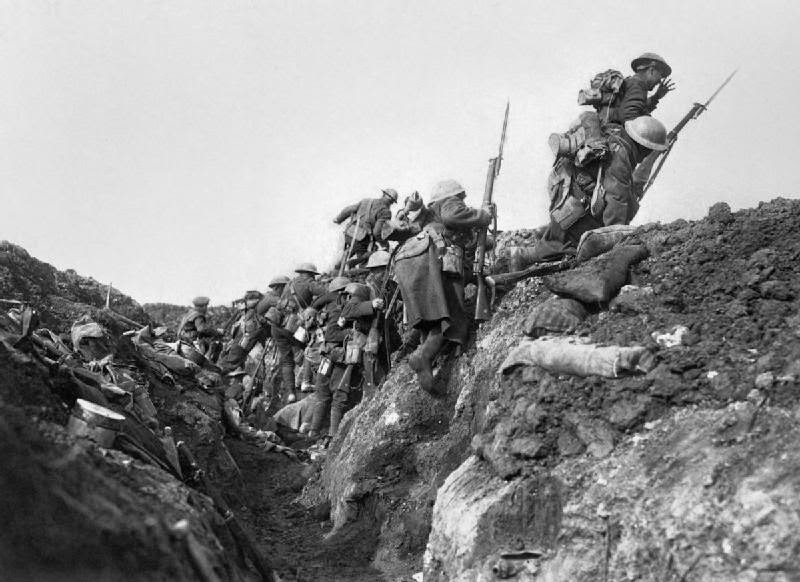 From a military clinical perspective, a man is an asset.  In this light, with sentimentality removed, the practicality is to return a wounded man to useful work as quickly as possible.  If the injury is too severe to permit employment in his former role, then he should be retrained with those limitations in mind for the most productive work to which he is suited.  When the same logic was applied, in synthesis with the progressive ideals of moral treatment, psychiatric medicine as a whole benefitted from the positive results. “Trial and error treatment efforts by French, Italian, and British psychiatrists and neurologists clearly demonstrated as early as 1915 and 1916 that a majority of the so-called war neuroses could be salvaged for duty by providing care near the front.”[7] This practical approach without sentiment in its implication doesn’t disallow for the application of sentiment in treatment.  Crucially, those suffering from a neurological break were generally treated much better than modern perception of the war usually allows.  “In no case,” states historian Gordon Corrigan “was a soldier whom the medical staff certified as suffering from ‘shell shock’ executed.”[8]

Methods of treatment, focused on productive employment were part of the emergence of occupational therapy as a component to a holistic approach to mental health.[9] This and other civil practices were vastly improved through military experiences; “after the first world war more modern approaches such as psychotherapy started to evolve, in response to the effects of thousands of shell shock cases.”[10] A rational and scientific approach to the treatment of mental illness is cited as being a result of WWI in a Senate report on mental health and addictions, when psychological casualties “demonstrated poignantly” the wide vulnerability to psychological breaking points.[11]

From the extreme experience of war, understanding and development in the medical field has advanced further than it would have without it.  Indeed, there are indicators that this remains contemporary.  While a 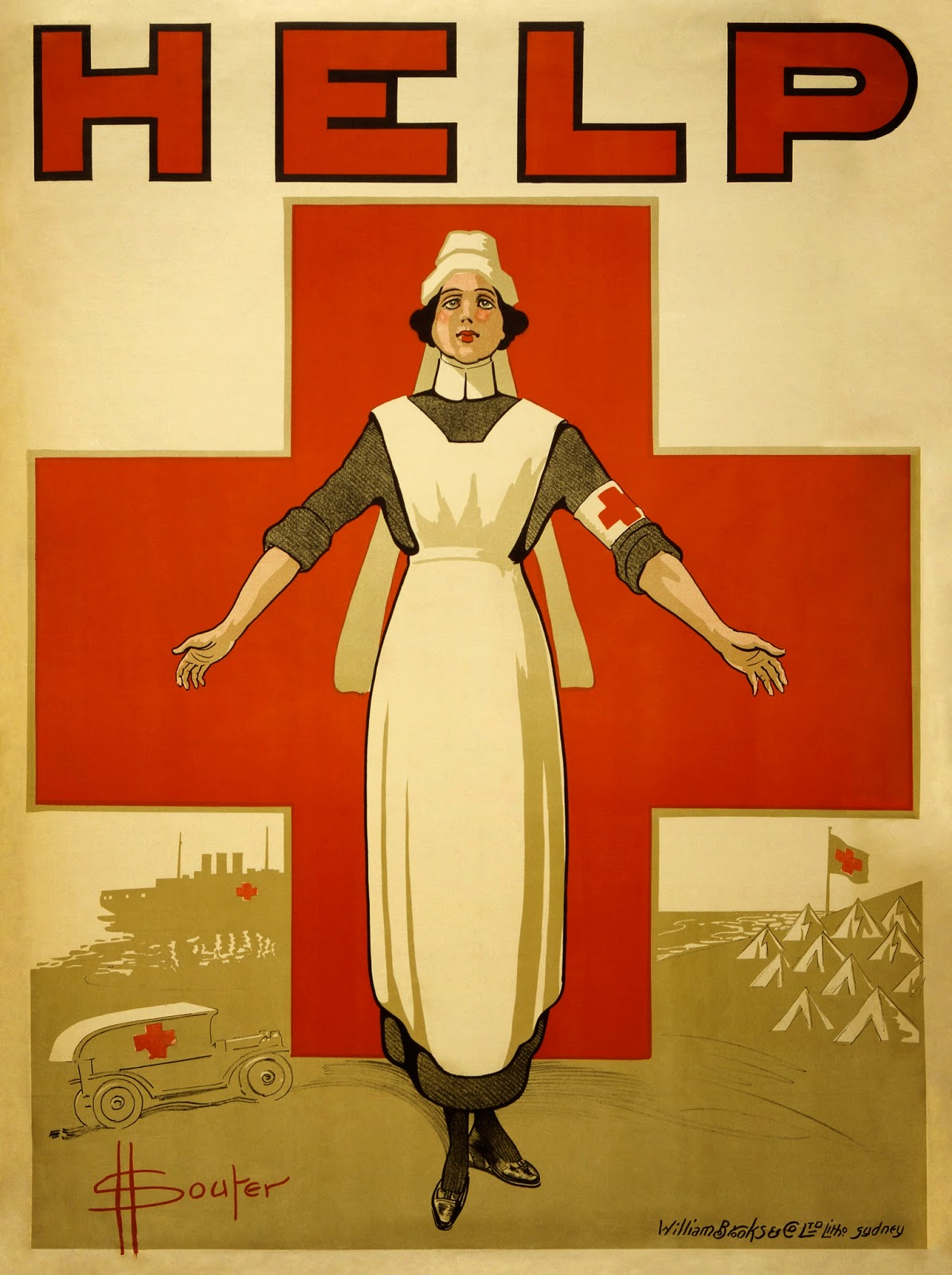 report on civil health services mentions that “the mental health service system and the addiction treatment system have struggled to provide the most compassionate and responsive treatment possible, but both have been dogged by the problem of stigma which had a negative impact on their development”[12]; a military report indicates “Most CAF members now hold largely forward-thinking attitudes about mental health and mental health care. For example, only 6% of CAF personnel returning from deployment in support of the mission in Afghanistan indicated that they would think less of someone who was receiving mental health care. In contrast, the Canadian Center for Addictions and Mental Health statistics indicate that only 49% of the general population would socialize with a friend who has a serious mental illness. Rates of stigma and barriers to care appear to be lower in CAF personnel than in allied military personnel”[13] As well, there is little actual barrier to care for the Service Personnel suffering from a mental illness-while still serving and thus available to CF Medical Services.  The military report does relate that perceived barriers to care may be indicative of the stigma of requiring help for a psychological difficulty, but continues with the availability of supportive services in the civil sector.

As occurrences of mental illness is not markedly different between military personnel and the general population, the factors behind a reduction of stigma and barriers to care in the civil sector might be able to continue to take an example from the armed forces. Even the Hon. Fortesque was forward thinking on this when he asked “Can emotional or commotional shock, induced by battle, be differentiated from the like shock induced by other forms of catastrophe?”[14]

Admittedly, there is much yet to be accomplished; particularly in civil practice and especially when veterans being discharged still need continuing care which is no longer as available as it was while they were serving.  Above all, the need to make these changes and to best help those who are suffering is to reduce the stigma which is the largest deterrent to positive change in mental health effectiveness.  That can only occur through open, honest discussion.  So, let’s talk.  If you are suffering from an Occupational Stress Injury, please visit the OSI Social Support website.  Are you or your family member a current or discharged member of the Canadian Forces and need resources to find the help you may need? The CAF Member Assistance Program is a great place to start.
#BellLetsTalk.