As most of you know by now, I love using my discretion in the publication of my blog, as exhibited in my delaying to complete my essay on trench warfare in favour of a special post for Canada Day.  Well, once again I'm delaying that essay, but for some very good reasons.  On Thursday morning, I received an email from a literary agent requesting I send them a book proposal.  This is a very important step as I am led to believe that agents don't make requests unless there is at least some interest in the work being proposed.  I have submitted this proposal just this morning, and in it was included a sample chapter of the first book.  I include this chapter below to share with you the work I hope to achieve.
Edward Osler Bath
Edward Bath, known to his family as “Tod” was born in Oakville Ontario in 1892 to Percy and Alice Bath who had recently moved to the town from East York. The Bath family was rather well to do and were able to provide well for Tod's education. He was enrolled in Upper Canada College at the age of twelve, continuing his secondary education at the exclusive private school of St. Andrew's College until 1907. Perhaps due to his privileged education and his father's influence, by the time of his enlistment at the start of the war, Tod was employed as a clerk with the standard Reliance Mortgage Corporation in Toronto. 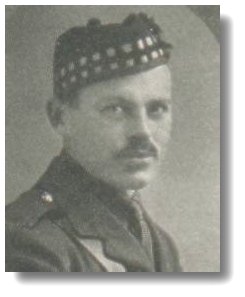 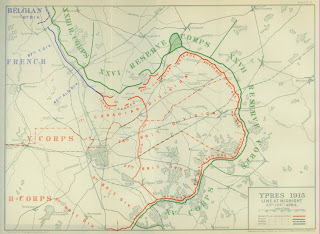 By the 24th , units could no longer rely on cohesive command from higher levels, and it fell to junior officers and NCO's at the Company and platoon level to direct the battle when it came upon them. The Germans renewed their efforts that morning, pushing forward past Kitchener's Wood, once again using poison gas in advance of their infantry. This attack came directly against the 3d Brigade. The 13th Battalion, on the left of the Highlanders retired, overcome by the gas, but the 15th remained in place despite, as the diary entry on that day states “heavy casualties.”
The fighting was close and confused, men weeping and wheezing from the gas, their only protection being urine soaked handkerchiefs and cloths. Officers shifted men in the shallow trenches to respond to enemy movement, shouted orders given in hoarse voices that would have been hard to hear over the fire of small arms. Rifles jammed under the stress of rapid fire, machine guns overheated and became inoperable, hand to hand fighting took place along the line. With their left flank “up in the air” the Highlanders maintained their post, plugging gaps as they occurred and preventing the Germans from exploiting an opening to the Canadian rear, keeping the rest of the front from collapsing. Lt. Bath was suffering from the gas, but was still able to direct his platoon in defending their front. He took a bullet wound in his left hand, probably incurred as he was exhorting his men to keep up the fight. The battalion commander, Lt. Col. J A Currie later related about Lt. Bath in his narrative on the battle, describing him as a “quiet and mild mannered youth” who “greatly distinguished himself.” By the time the battalion was relieved the next day, Lt. Bath's whereabouts were unknown. In the after action casualty report 17 officers and 674 other ranks are detailed as killed, wounded or missing. Eleven officers, which included Lt. Bath are listed as missing. It was not until the 30th of April when a telegram was received from a Captain Harvey that informed his battalion that Lt. Bath was now a prisoner of war. Following this telegram he was reported to be at a prison camp at Hof Cusmar, transferring later to a camp at Hanvo-Munden, from which he successfully escaped.
He was recaptured not long afterwards and placed in the Citadelle Wessen, a fortress of sorts where prisoners who had shown determination in escaping captivity were held. It is the express duty of those who have been captured to use any means they can to free themselves from the enemy. The purpose of this is twofold. Primarily, it's the notion of being able to return to duty to continue the fight. Secondly, escape attempts disrupt and disturb the enemy, forcing them to use assets to prevent escapes and recapture those who've made good attempts that otherwise might be used on the front line.
Lt. Bath spent 7 ½ months at Wessel, and was then placed in a camp at Gefeld. He was moved twice more, to Holzmunden and Schwarmstadt. These frequent moves indicate he continued in his duty to agitate his captors. By March of 1918, in time for his twenty-sixth birthday he was exchanged and interred in neutral Holland, on account of being ill with bronchitis. Upon his arrival in Holland he was promoted to the rank of Temporary Captain in recognition of his attention to duty, having the promotion backdated two years to 1916, the idea being to give his rank some seniority, a particular privilege reserved only for those considered worthy of the distinction. In a letter written to his mother during this time he tells about “the best sailing we've had yet but the weather was pretty bad most of the time, being cold, blowing a young gale and thunderstorm....we had to drop our anchors and a little while later the dingy swamped.” Also expressed is his desire to be able to spend the winter in the town of Haarlem with a friend of his. This didn't occur. Capt. Bath's condition worsened and he was allowed to be repatriated on the 4th of November. He was taken from France by hospital ship and admitted to the Prince of Wales Hospital for Officers at Marylebone Road in London with influenza and pneumonia. A week later, Capt. Bath was transferred to Endsleigh Hospital with his condition noted as “seriously ill.” He died the next day, his condition believed to have been aggravated from his exposure to poison gas during the fighting at Ypres.
For his attempts to escape from captivity, Capt. Bath was mentioned in dispatches, a rather particular honour for recognition of service beyond the regular call of duty. His citation, printed on page 1235 of the January 30 1920 Supplement to the London Gazette notes that he was “brought to the notice of the Secretary of State for War for gallant conduct and determination displayed in attempting to escape from captivity.”
Captain Bath's body was brought back to Canada and he is buried in a family plot in Oakville. His name is also noted on the Upper Canada College Memorial Tablet.
Posted by Christopher J Harvie at 05:00