I'd like to welcome everyone back to the first regular post since my brief hiatus; as well as to extend a special welcome to those of you who have just recently discovered this project.  Again, the well wishes I received when I decided to step aside from "If Ye Break Faith" were so genuine and concerned that I managed to see how reactionary I was being to other circumstances.  From there I realised how much joy I take in this work, and re-evaluated my priorities so that I wouldn't have to eliminate this as a venue of expression, an attempt at enlivening the past and making tribute to all fallen comrades.  I might not have ever turned a cent by what I do here at "If Ye Break Faith" (hope would be a fine thing, eh?) but the rewards that come forward as a result of my writing are fulfilling in a way that is very different and perhaps more valuable than fiscal elements could be.  The trick, my friends is to find marriage of the two, and that certainly won't happen if I don't keep at what I do here twice a week.  In between, if you're so inclined, this project can be followed on Facebook and Twitter. 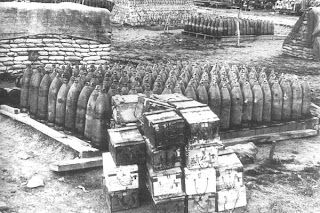 In the time I took to evaluate my personal situation, and the decision that inspired my initial desire to suspend the project, I came to a very strange realisation, something that I've touched on before from time to time, and that is the unexpected way in which "If Ye Break Faith" has grown and evolved.  I could not have predicted the direction this work is taking now from the vision I had at the outset.  Further thought about this had me realise that again, my life in a certain fashion is analogous to the subject matter I deal with.  At the start of the Great War, very few people had any inclination as to how vast, monumental and change inducing the conflict would become.  Britain especially was underprepared, leading some critics to put shame on those in power politically and militarily for not having the foresight to better make preparation.  The argument is as ridiculous as the preceding sentence makes it sound.  At the time, Britain's policy for involvement in a European war was potentially not as clearly defined as it could have been, but the ambiguity with which Parliament offered alliances with France and Russia was intentional so that Britain may not ever be obligated to deploy forces to the continent.  There was a very good reason for this as what regular forces Britain had were mainly earmarked to provide protection to the large Empire she sustained.

There were attempts before the war to reorganise the armed forces, particularly those in reserve in order to make recruiting, expanding and reinforcing the regulars more efficient.  These measures were slow to take hold, and not popular to begin with, and did nothing to eliminate the long held practice of reserve forces not being compelled to overseas service.  It was not just trained men which was at a deficit, absolutely everything needed to wage war had been allocated along the lines of taking the field in a colonial conflict.

The error, if there was one was that once war was declared, the decision seemed only to have an effect on the armed forces, as it had in the past, and little impact on civil society.  This can be illustrated by the munitions crisis, or "Shells Scandal" that came to light in 1915.  Ostensibly to deflect blame from himself, Field Marshal John French, the Commander-in-Chief of Empire Forces let it be leaked to the press that there was a critical shortage of munitions in theatre.  This shortage, he opined, was responsible for the failed offensive at Neuve Chapelle.  There can be no doubt that the munitions sector was not producing output on the scale required, however, it really can be seen as the government's shortcoming in not adjusting their requirements at the outset.  Then again, that would be akin to finding fault with someone because they failed to be clairvoyant.

The result of the scandal was largely positive, though.  It led to a re-evaluation of how Britain and its Empire was pursuing the war, and solutions were enacted to cooperate with that policy.  A Munitions Board was created to address the industrial question of materiel output and method, a necessary step towards putting the country into an immersed war economy.  The ramp up in production did make good on deficiencies, but the trade off in this case was using inexperienced and untested labour with unfamiliar processes.  Some have argued that the vast amount of explosives left in the fields of France and Belgium after the war are largely a result of poor and rushed workmanship.  Nevertheless, by the end of 1915, Britain and her forces were on their way to being properly equipped and supplied.  This work also called into innovation the logistics of moving materiel, inspiring the building of road and rail networks behind the line, and using civilian experts to oversee construction.  The expanded need for raw material was also a boon to Canada, which has a wealth in that regard, but came with the need to find a solution to crossing the Atlantic safely.

I feel much like this project is in a "1915" phase.  As it turns out, it's much larger and encompassing than I first thought it might be, and I find that resources, the all important "bullets and beans" that any job requires are in short supply not for what I had initially intended, but for what this work has become. 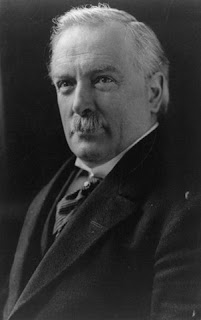 For the actual events of 1915, the Shells Scandal would have far reaching consequences, and is one of those events that so changed the way in which the war was being fought, and the men responsible for waging it that had it not happened, the outcome of the First World War could be put in doubt.  Politically and professionally, French fell on his sword.  He may have instigated the crisis and by that enacted the change necessary, but his making a military issue public in the forum of the media was unforgivable.  He was replaced in command by General Douglas Haig, who would continue in the office of Commander-in-Chief for the duration of the war.  Any subsequent battle fought would be done under his direction, and he was a very different man from French.  The Munitions Board, the body set up to oversee the gearing up of war production was headed by David Lloyd George, a Welsh Cabinet Minister of some esteem.  He was quite politically astute himself, and let the notoriety of the Munitions Board successes boost his stock in Parliament.  It is his work with the Board that could be seen as the leading factor in his becoming Prime Minister of a coalition government in 1916.

The lesson in this is that one can be prepared as much as possible for an event, but it is those who can correctly adjust to the situation as required that will come out ahead.  Taking that on board, it means that I have to persevere, adjusting and adapting when needed in order that I can see this work through to it's destination, wherever that turns out to be.  I'm glad to have you along with me, as having the backing of a receptive audience makes the effort that much easier.  If you have any comments, questions or suggestions, please submit them here.  If Ye Break Faith, and its supporting project Iron Spirits do require financial support.  If you wish to make a contribution, it can be managed through PayPal, with my gratitude.
Posted by Christopher J Harvie at 06:27